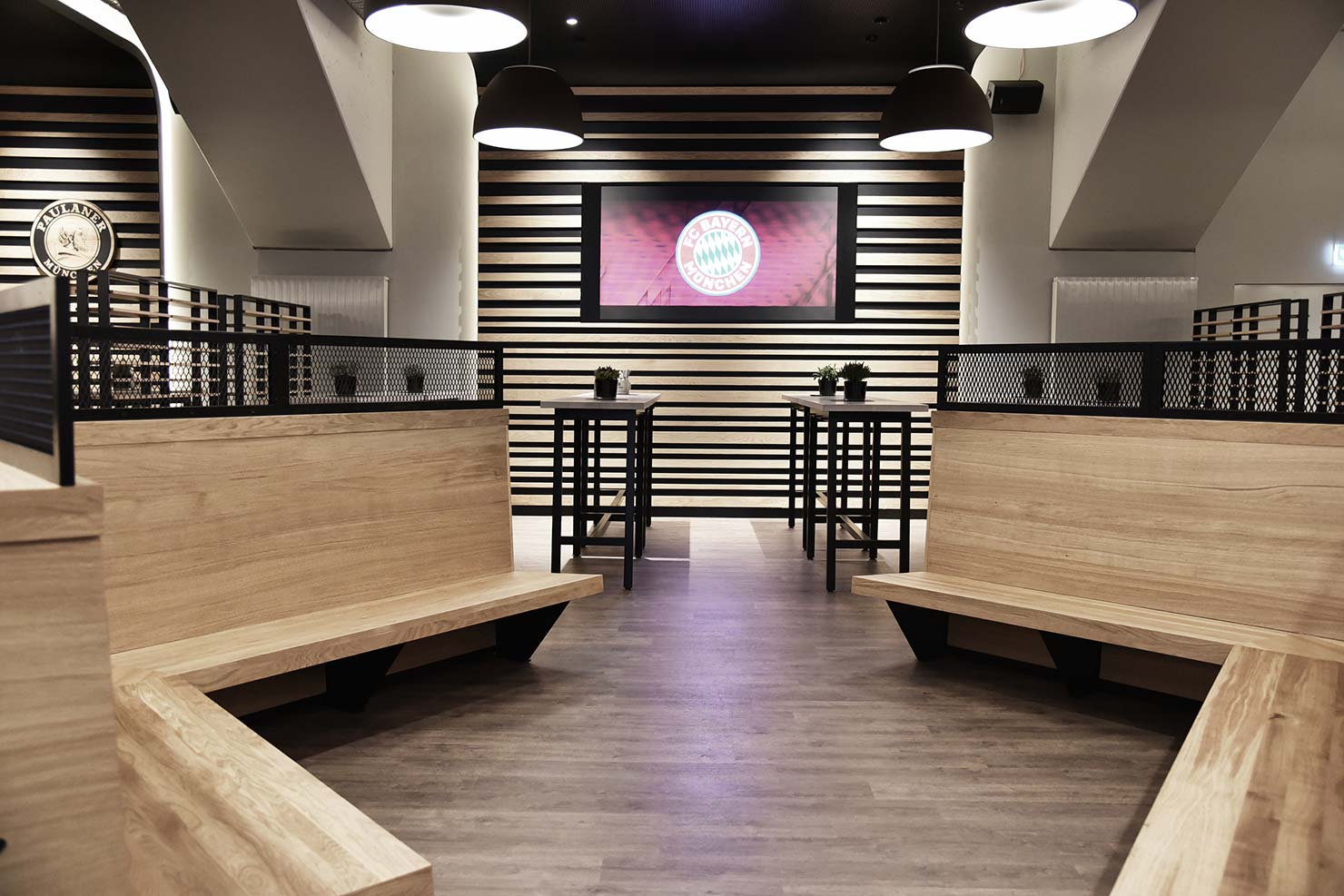 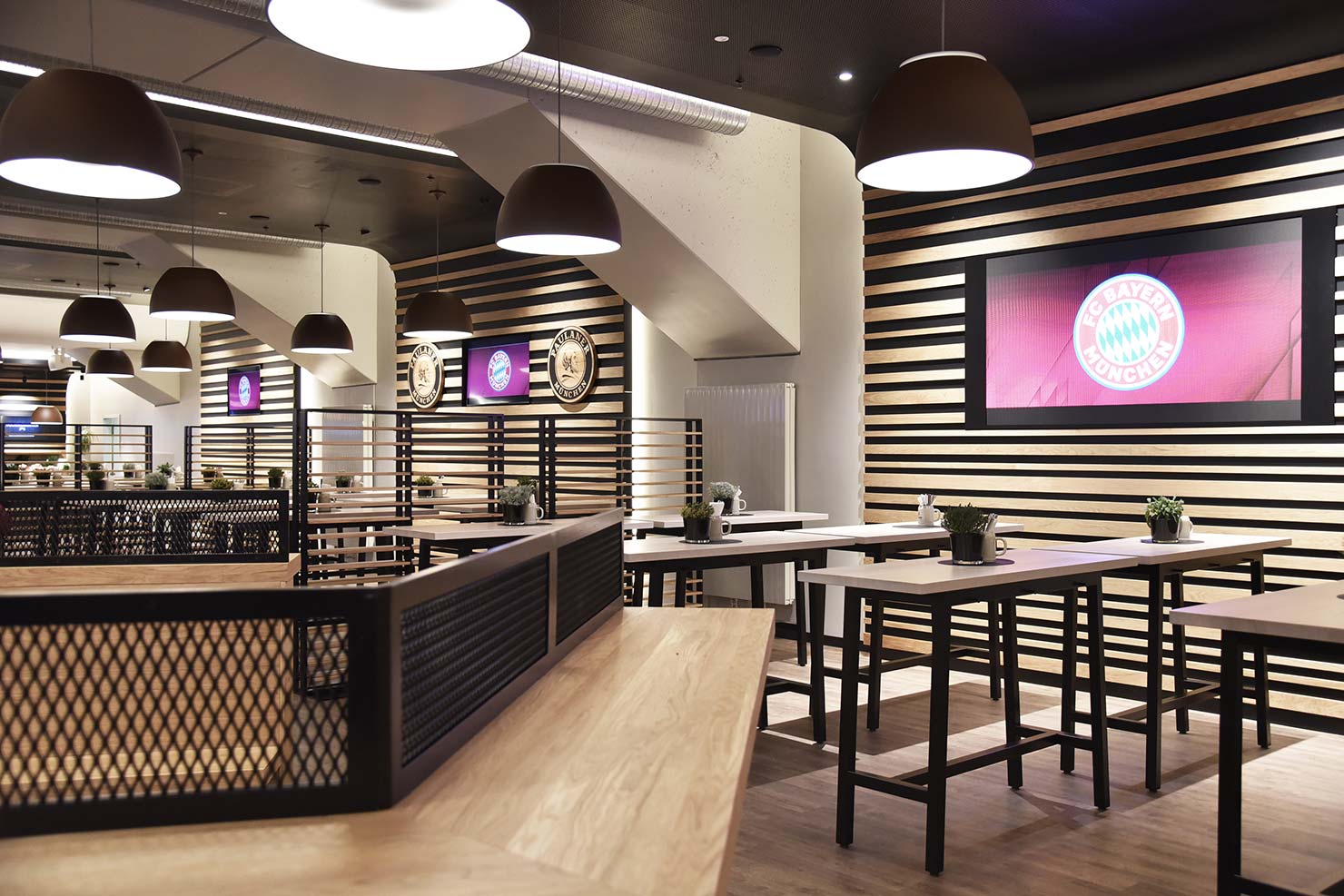 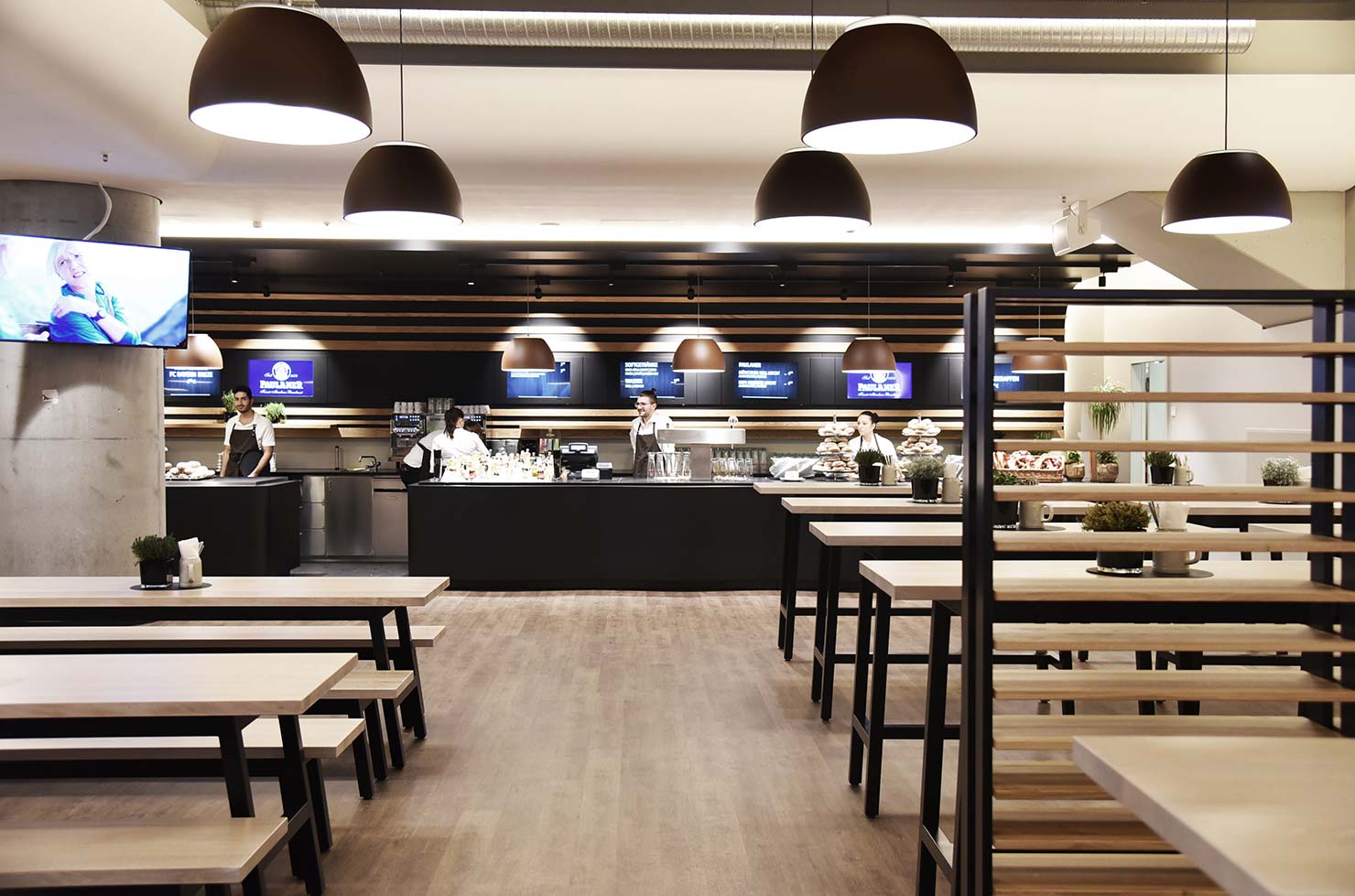 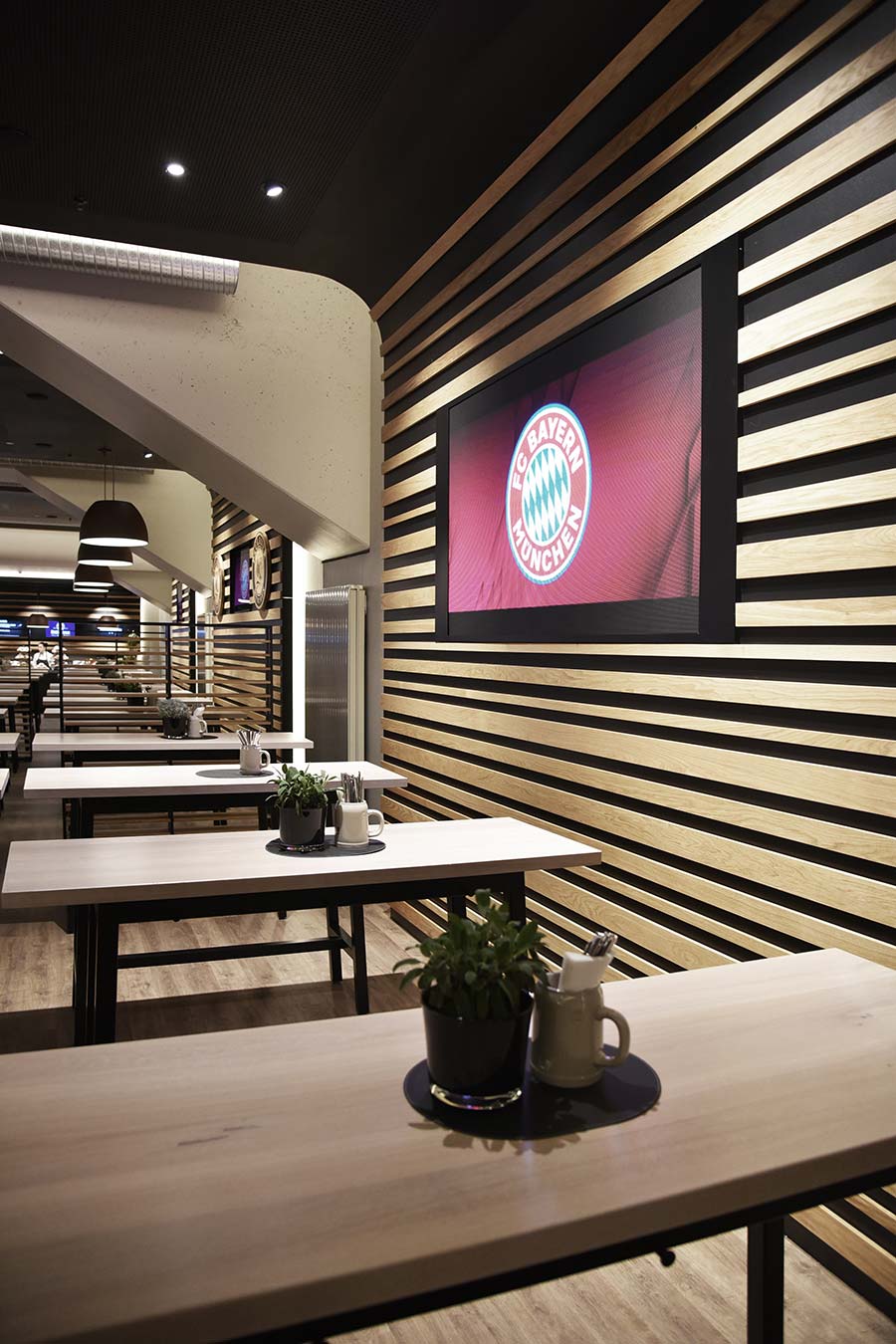 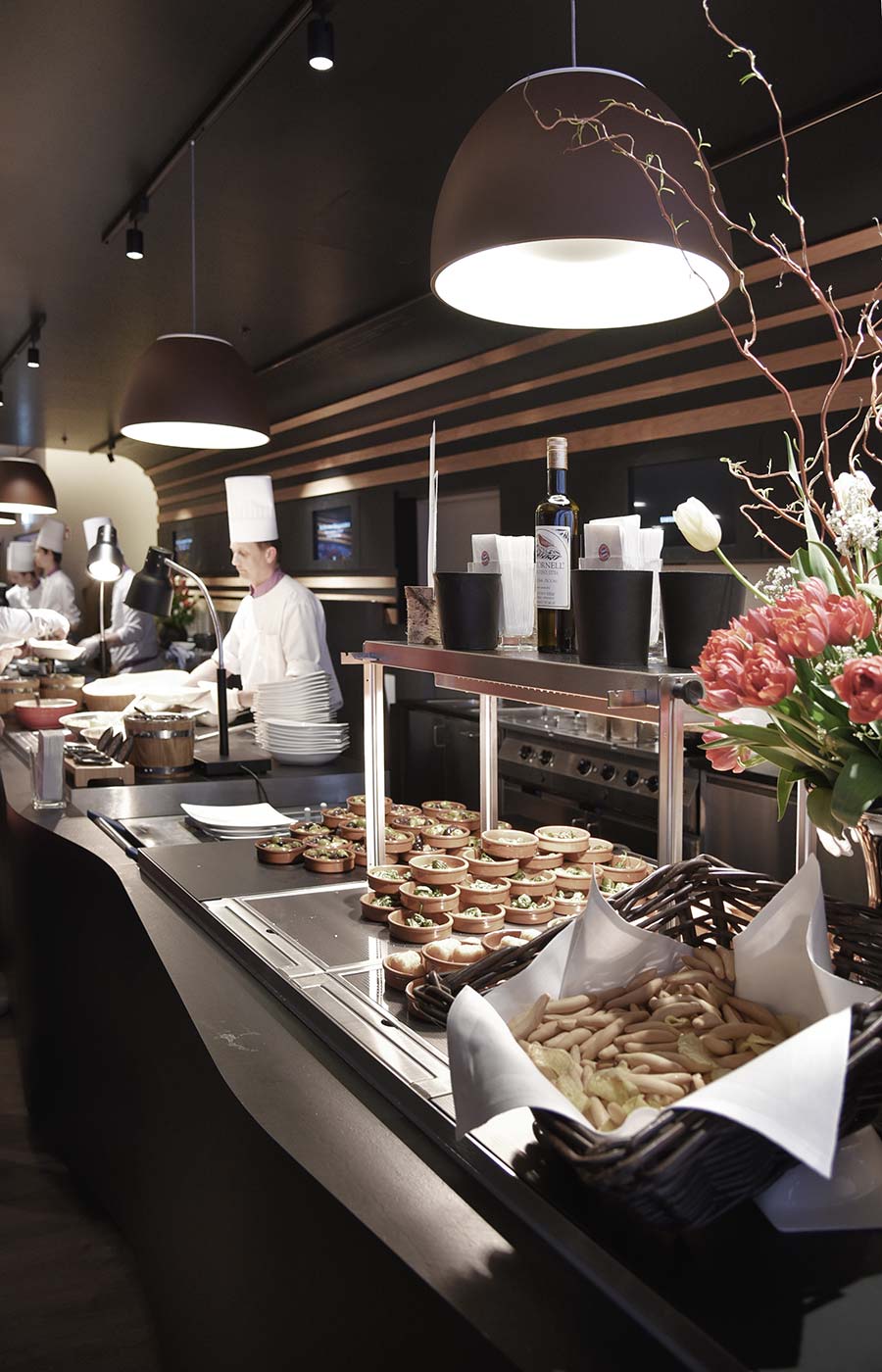 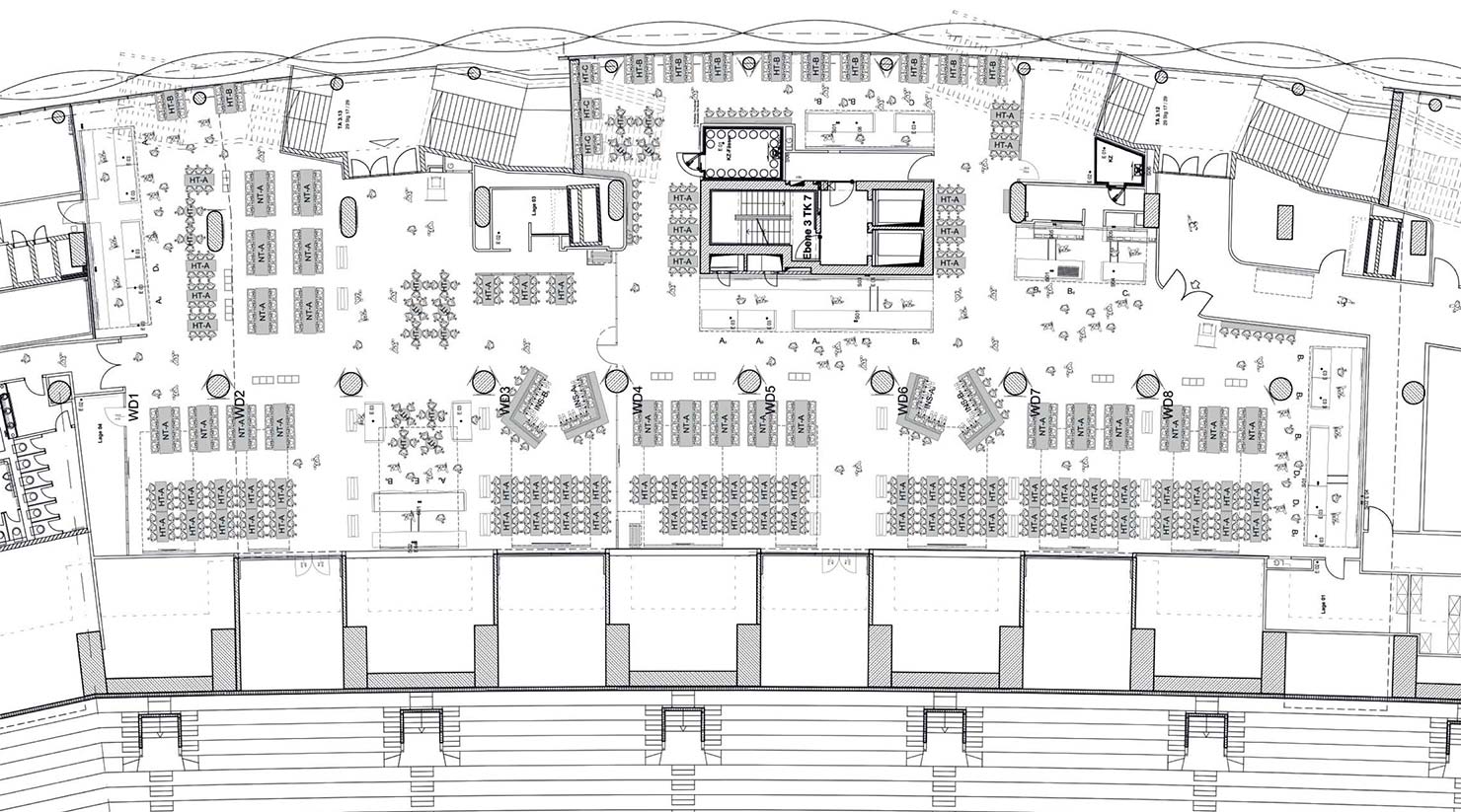 Following the departure of TSV 1860 Munich from the Allianz Arena, the stadium’s Fan Zone North was completely redesigned and rebuilt. The previously large, continuous area was divided in half with a floor-to-ceiling folding wall and is shared during Champions League matches by UEFA and FC Bayern Munich. On FC Bayern Munich match days, the Fan Zone serves as a new starting point for fans and stadium guests. On non-match days, tours of the Allianz Arena begin here. The interior design is inspired by the classic breweries and restaurants in Munich. Materials used include wood, steel, natural stone, and copper. Black wall and ceiling elements visually shorten the room through their 90° angled placement, and indicate the buffets, bars, and seating areas.