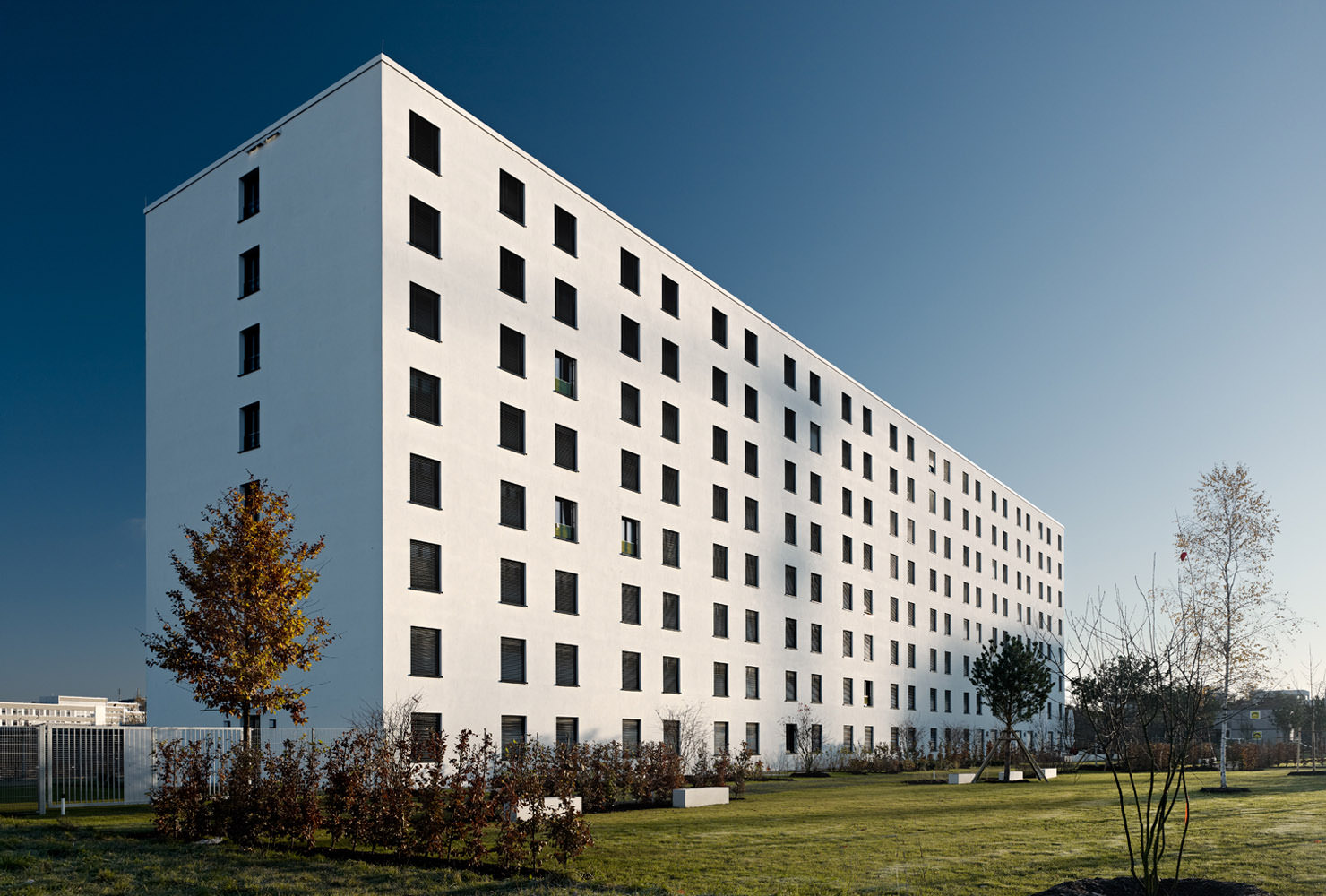 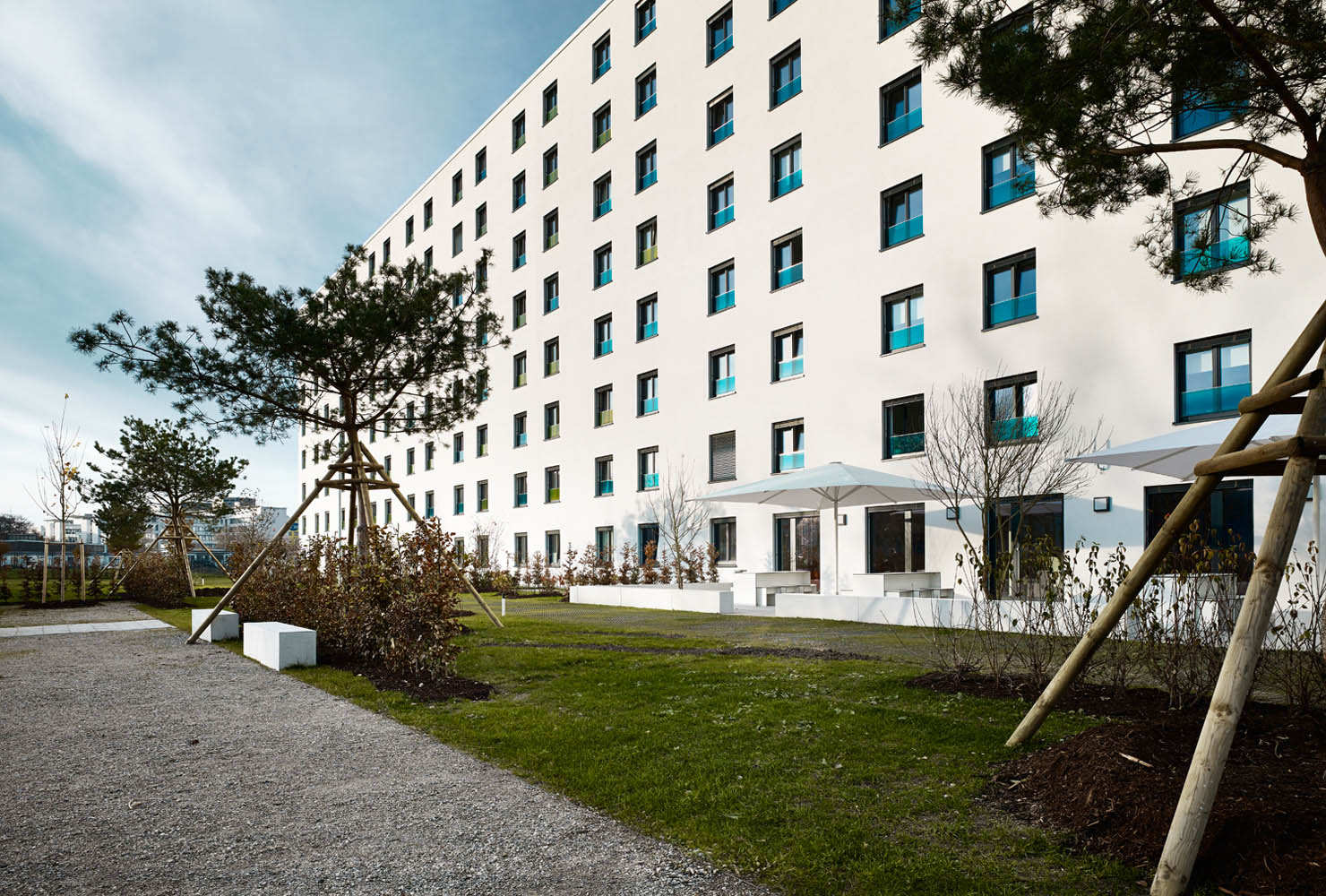 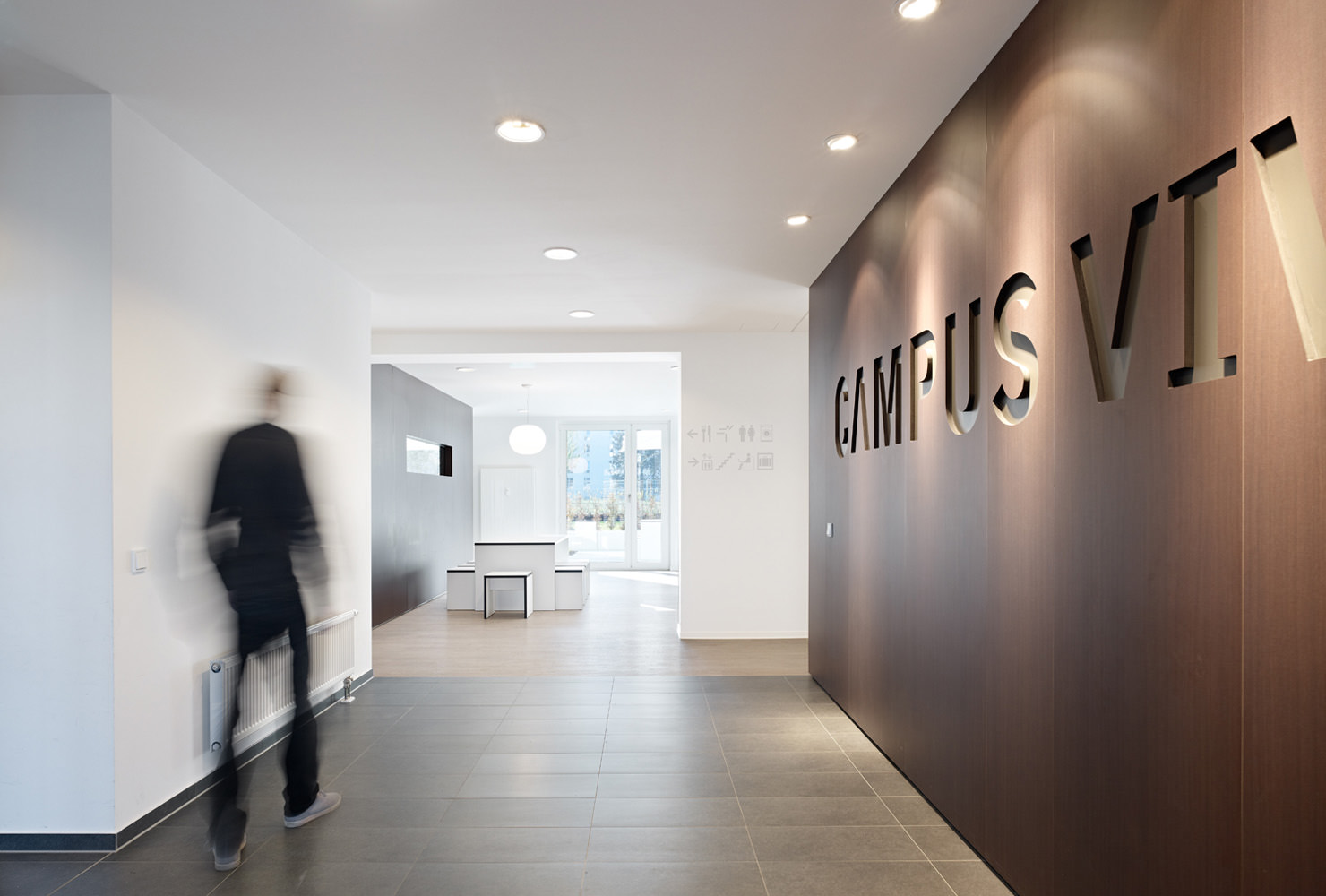 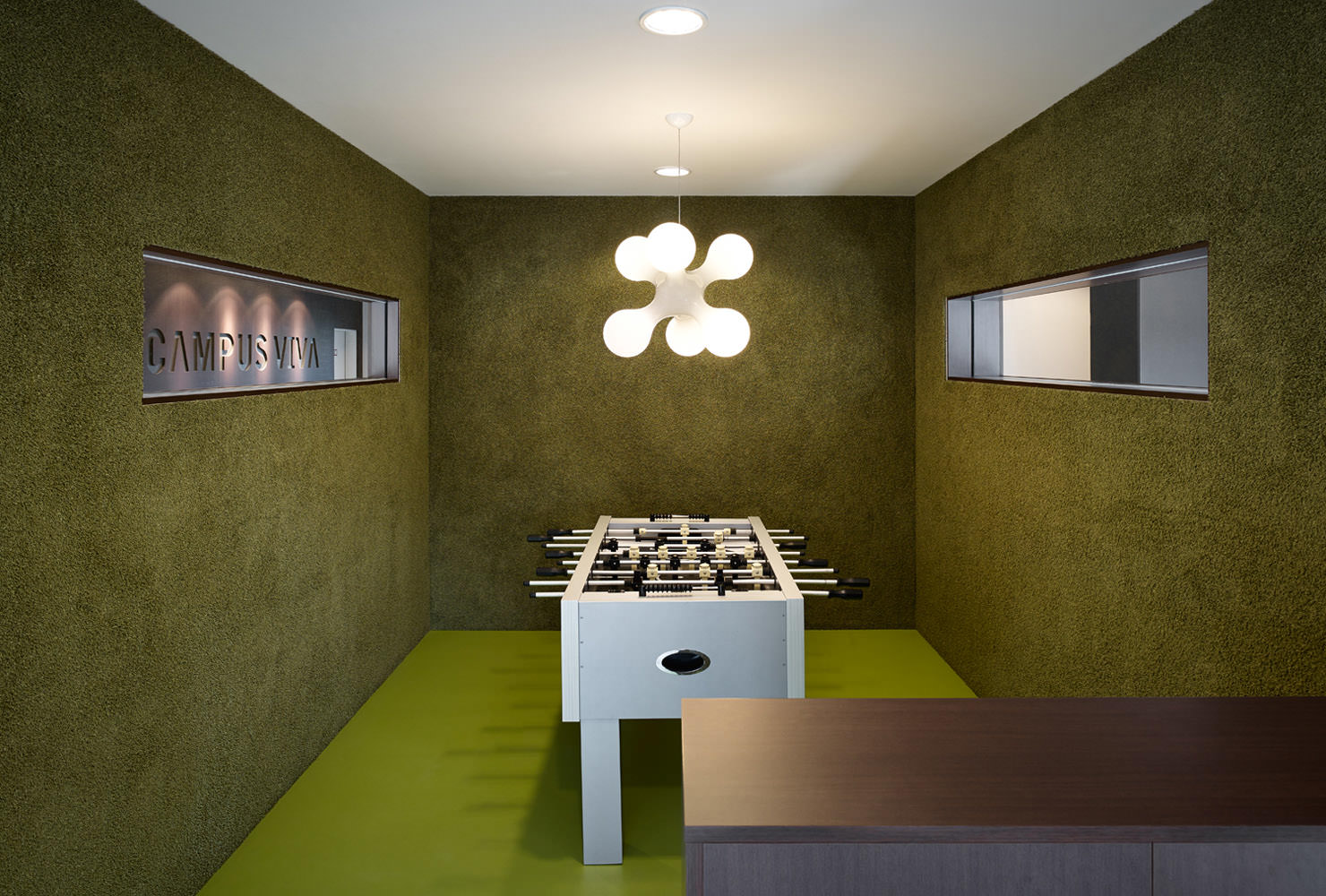 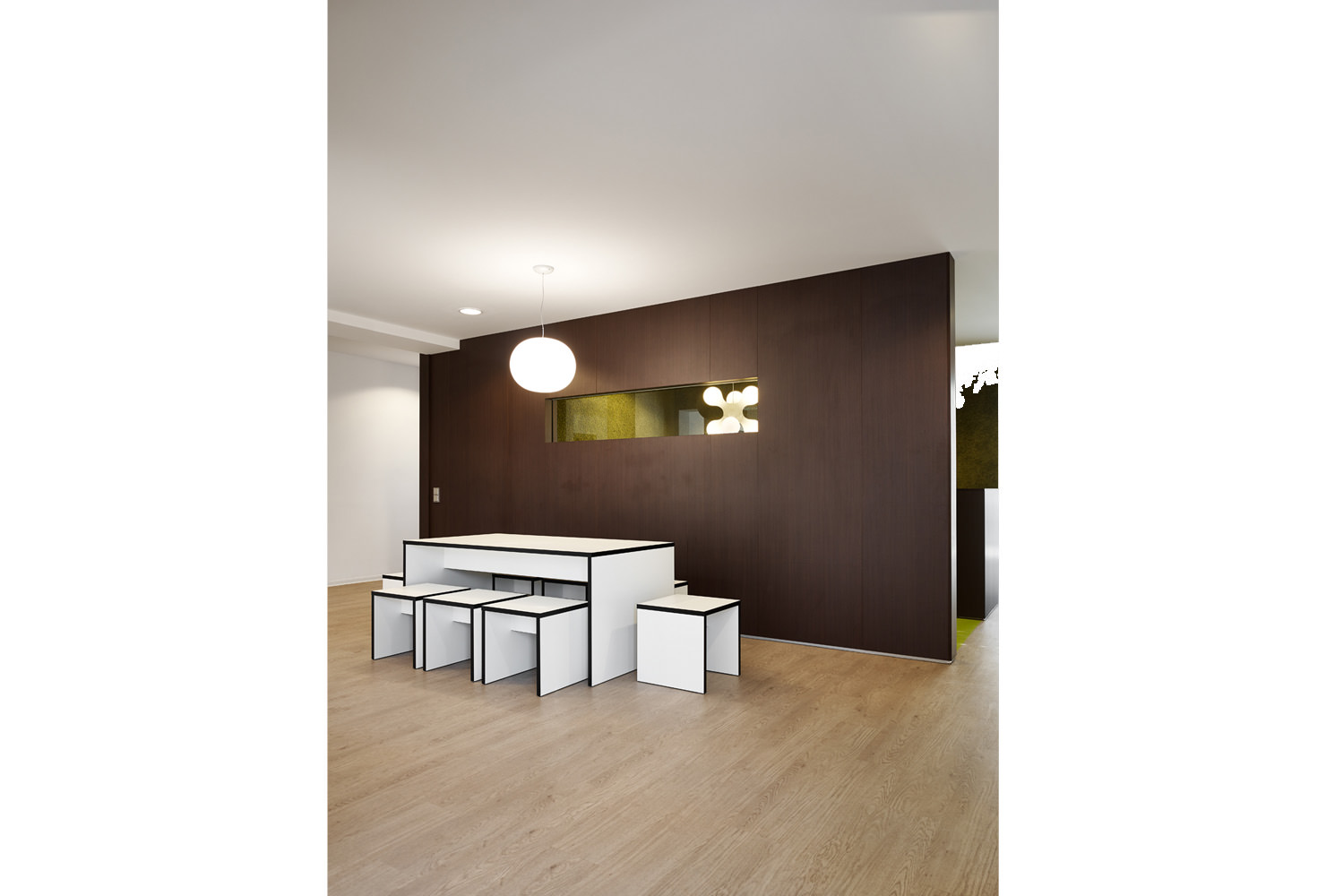 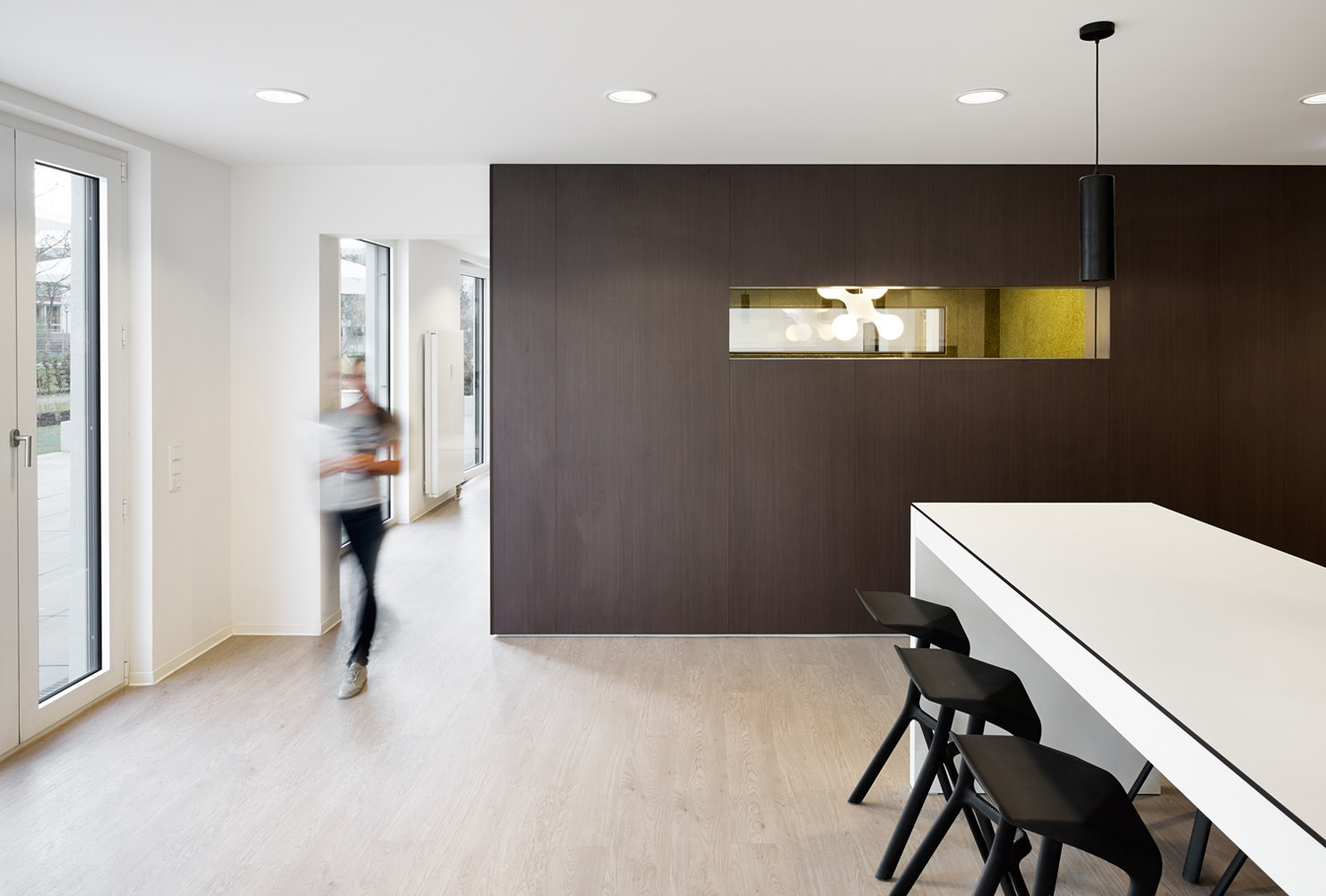 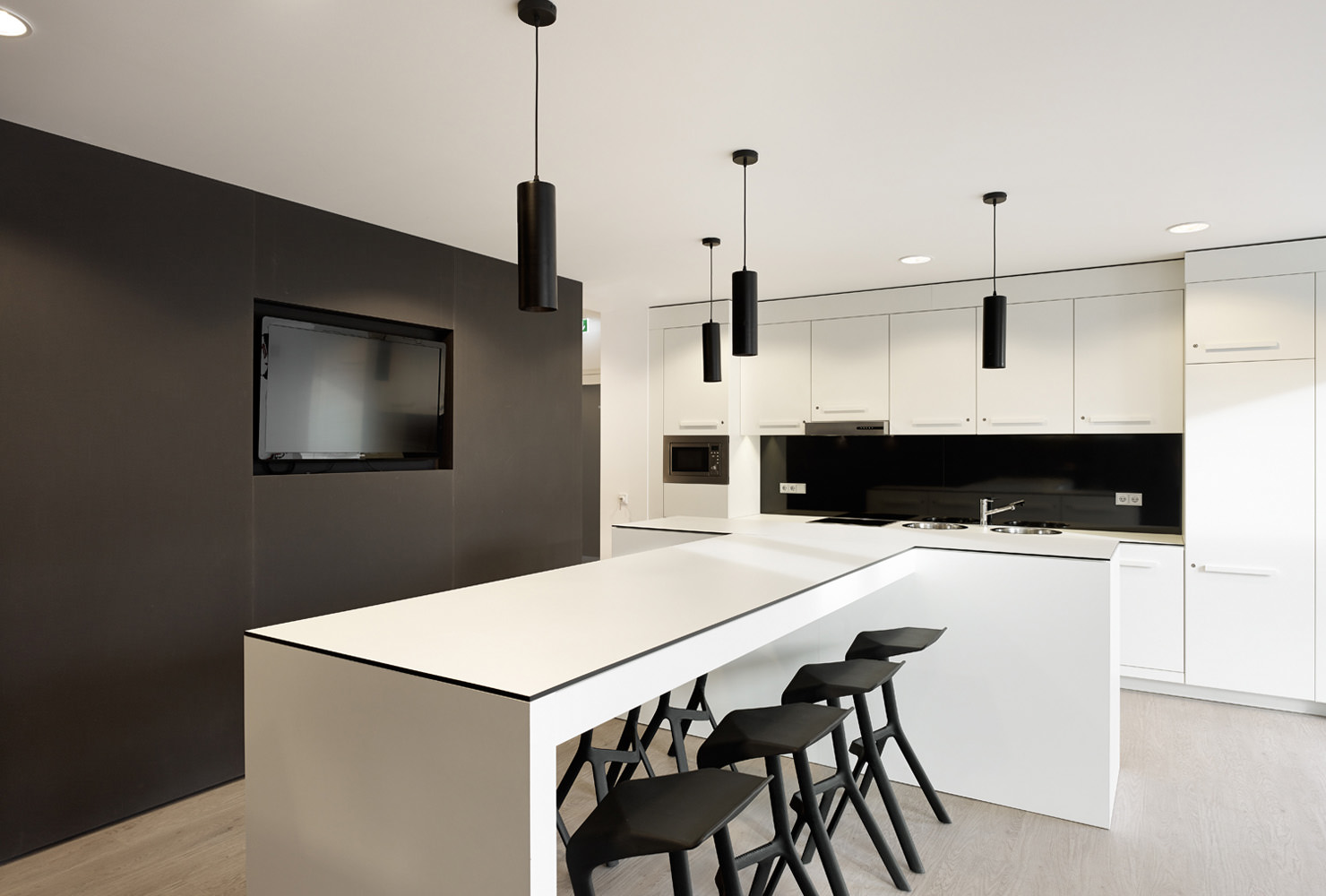 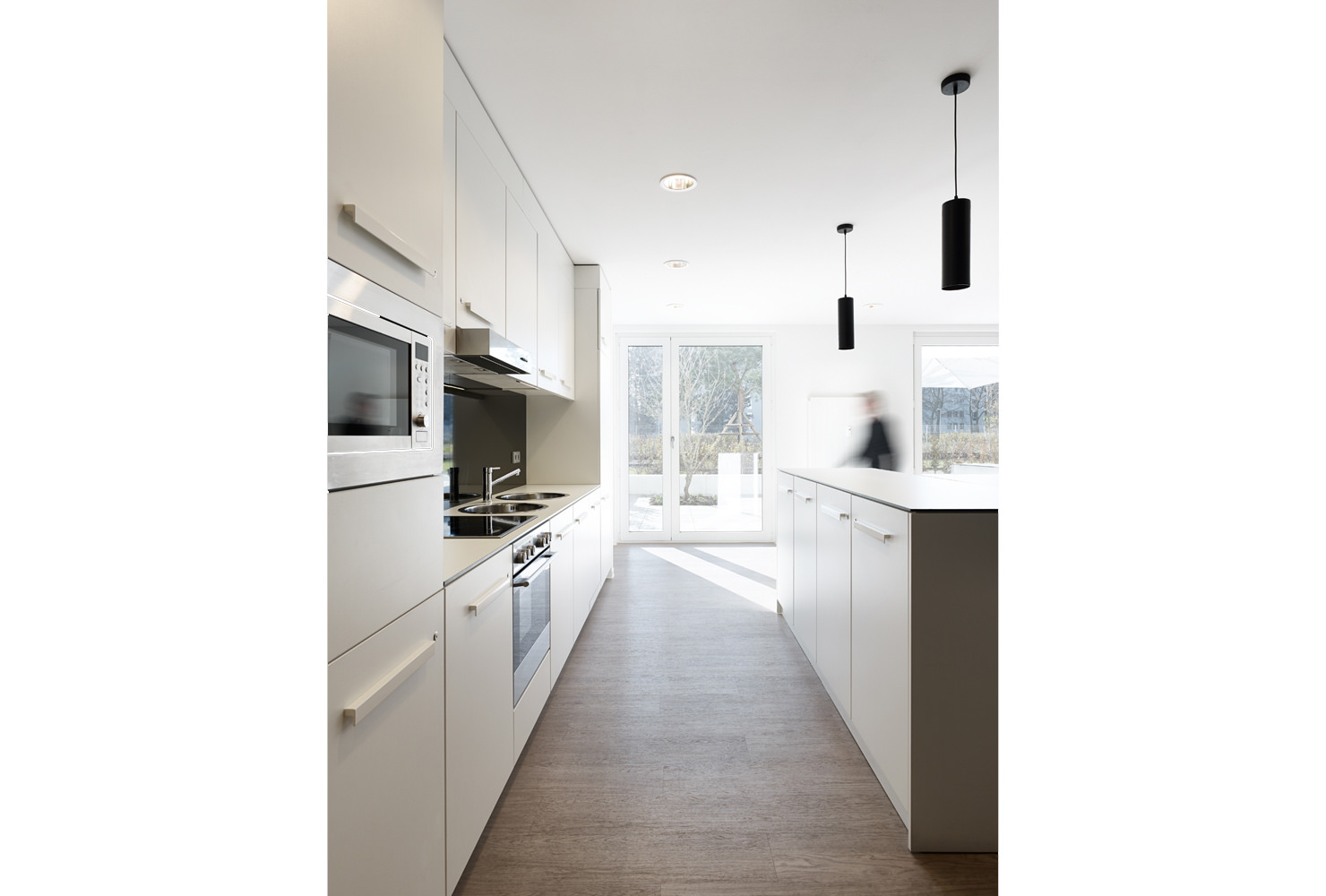 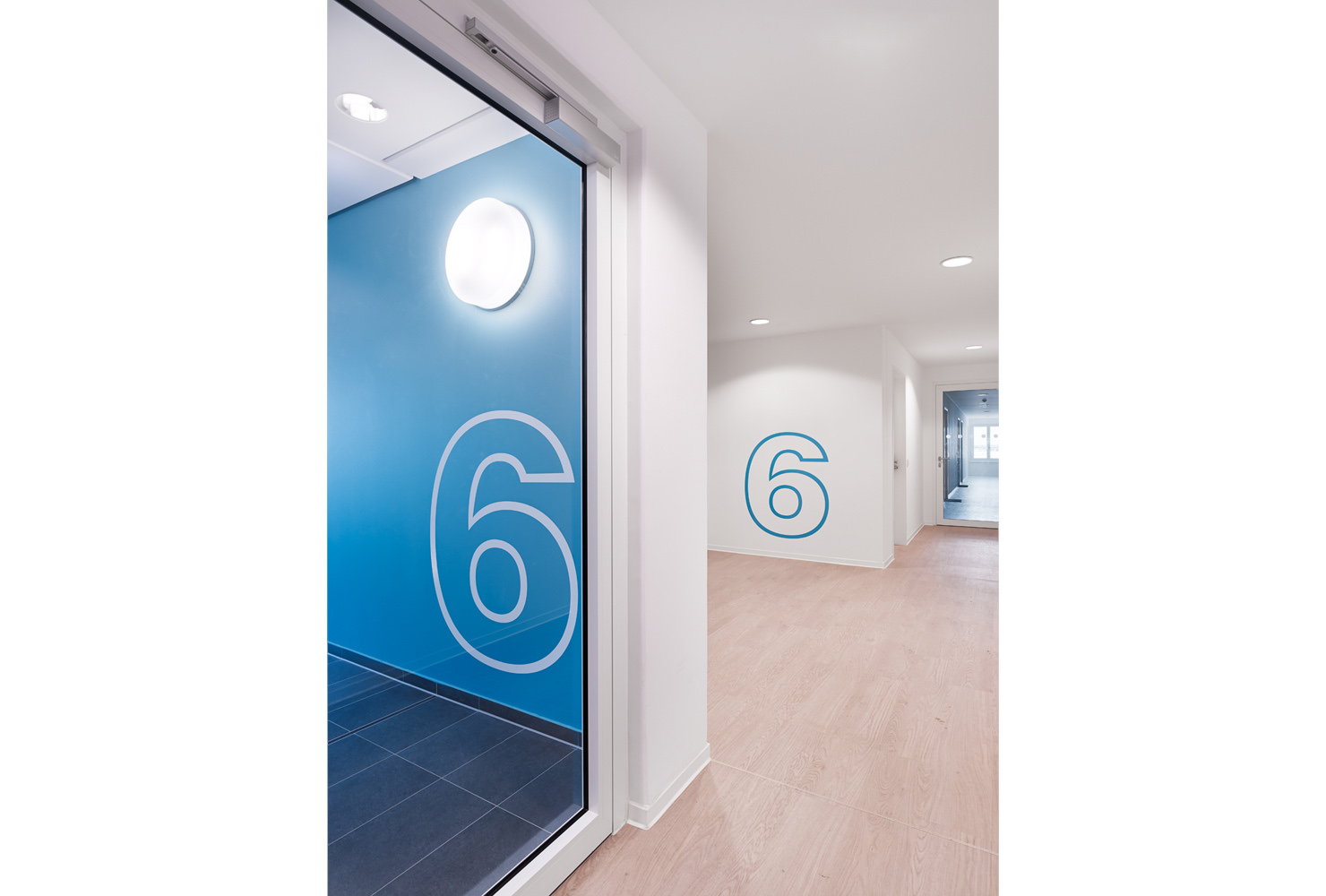 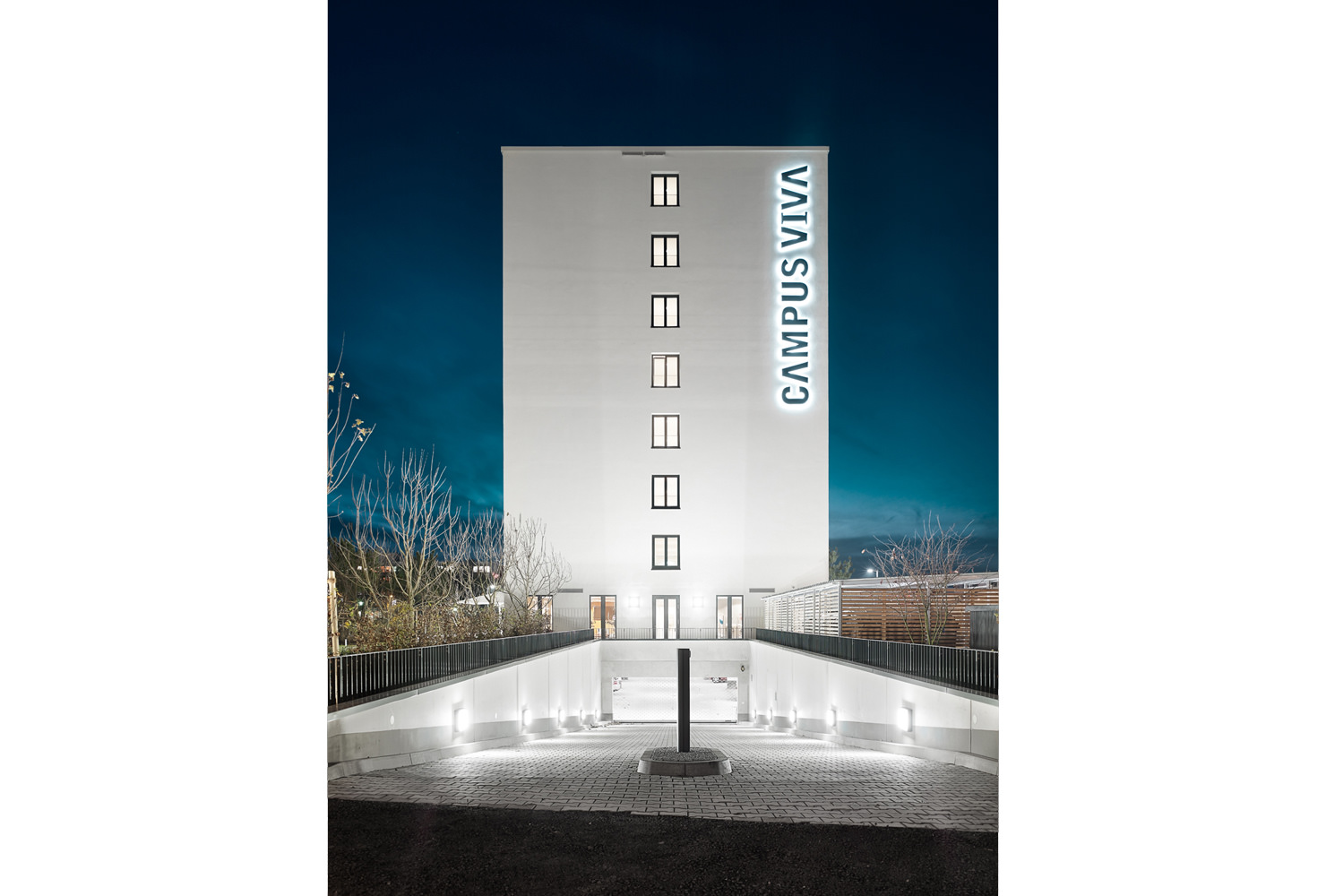 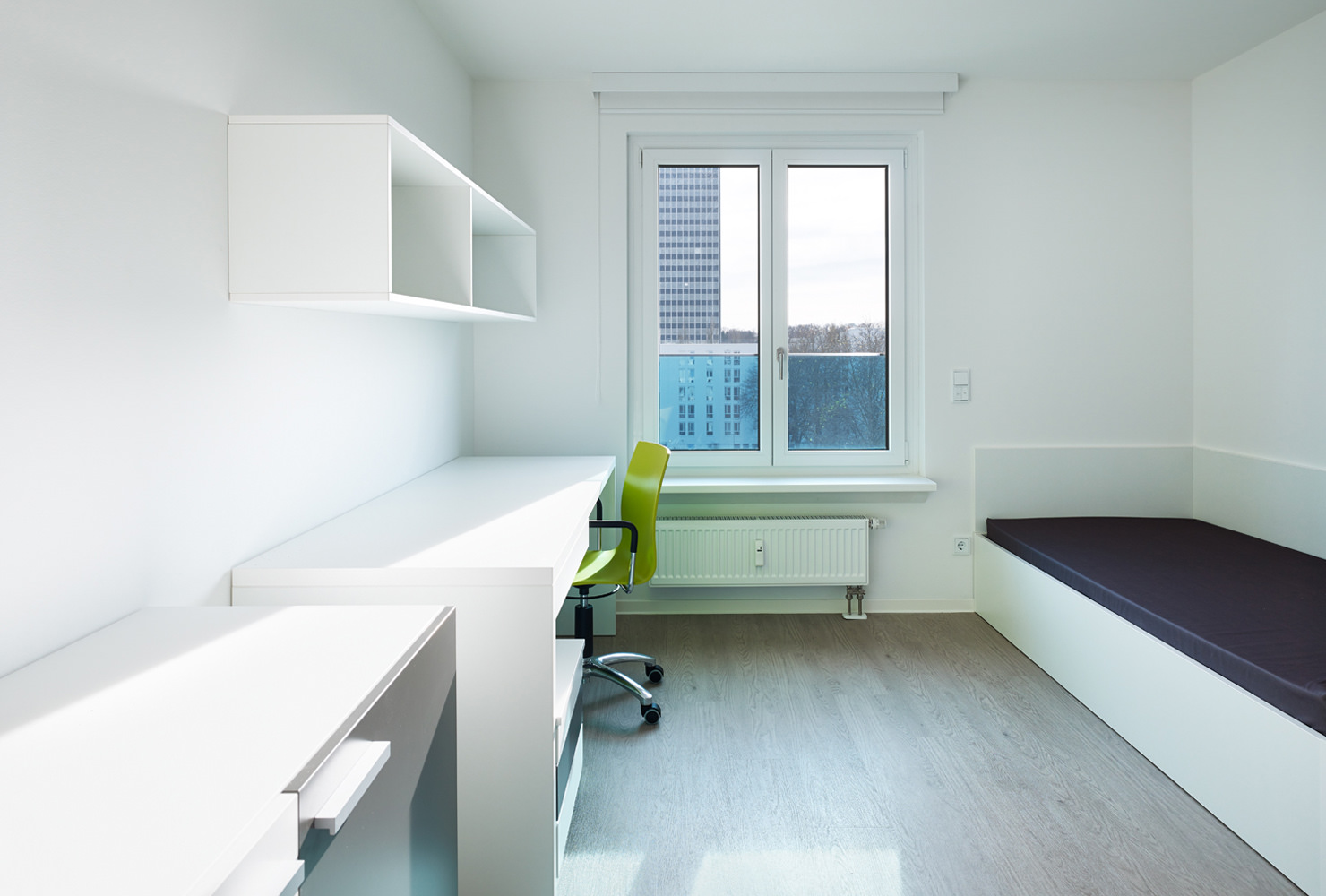 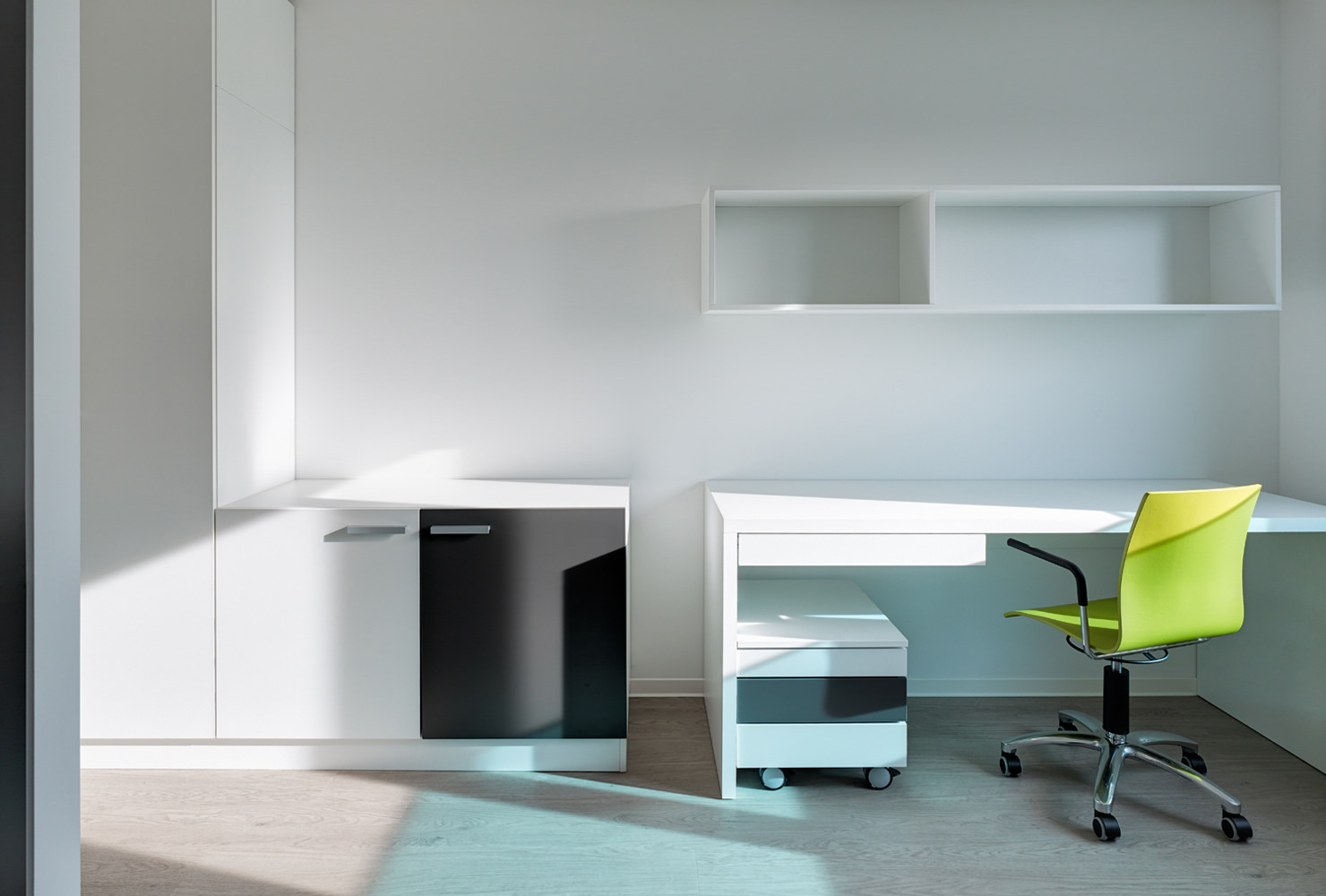 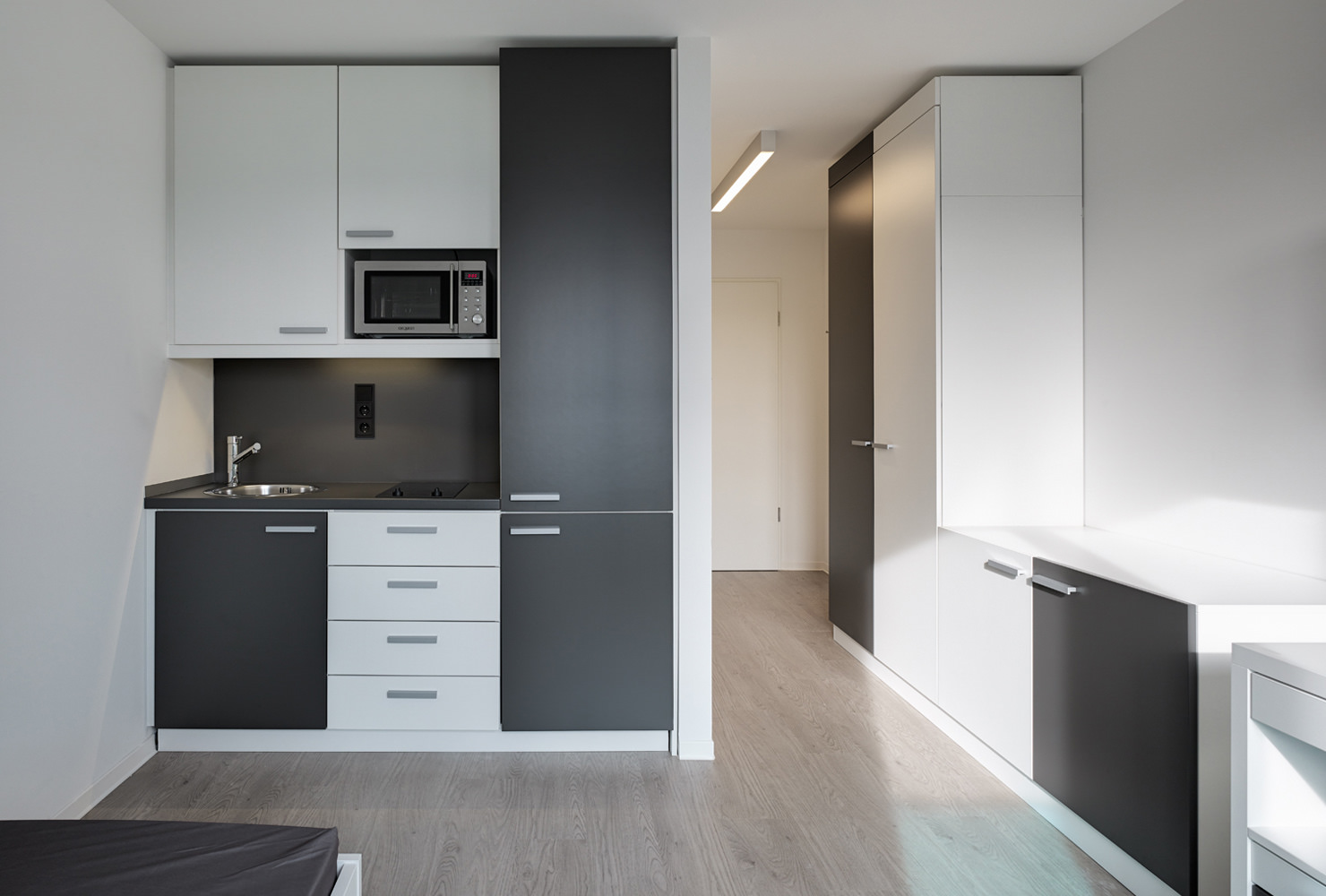 CBA was contracted to design the interior rooms as well as the facade of the student apartment house Campus Viva in Munich. The architectural interior concept that CBA had already developed for the apartment house in Bremen was also largely adopted here. The common areas present a flowing room divided by individual functions and accentuated by colors and materials. The apartments are functional, simple, and allow for individual design by the resident.