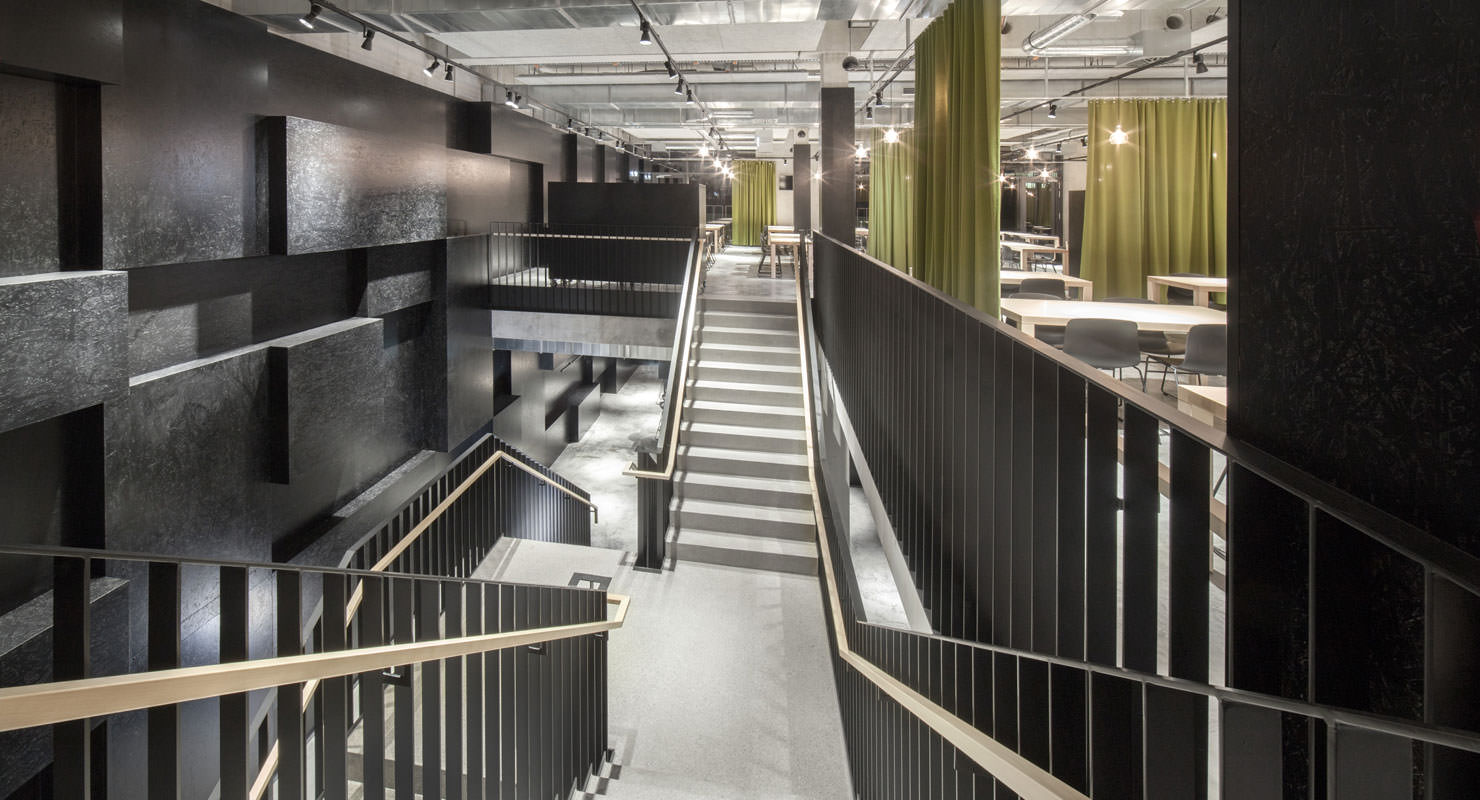 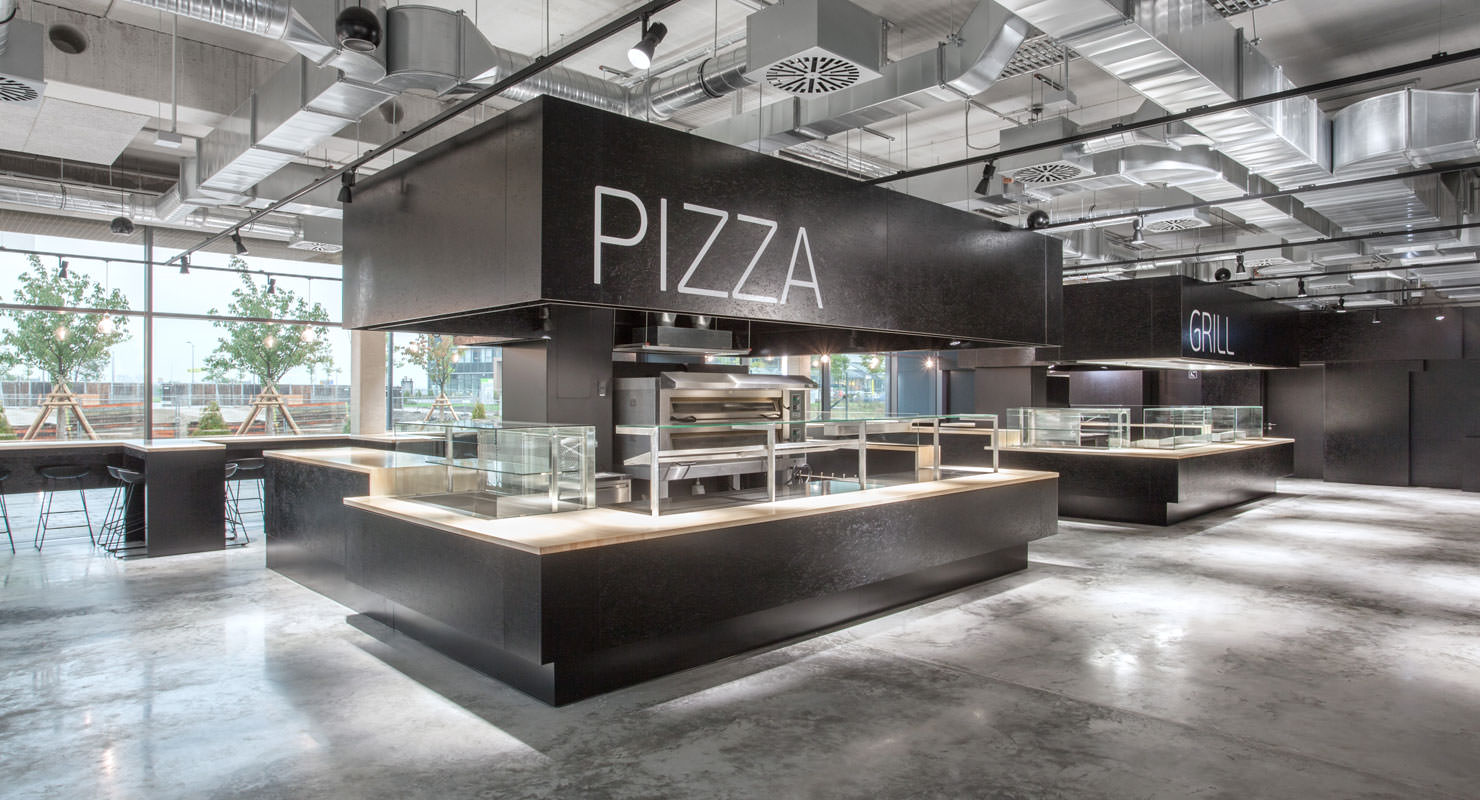 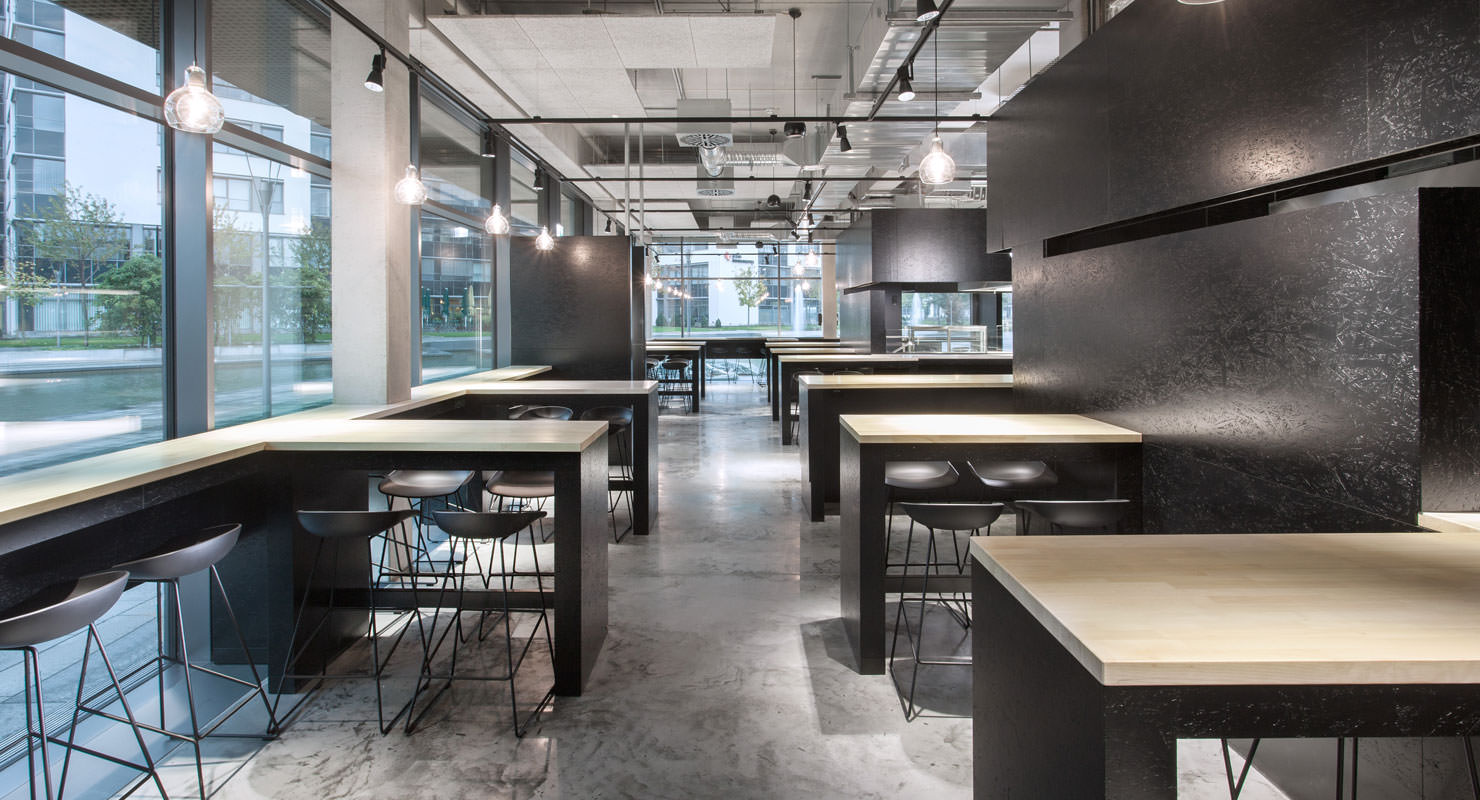 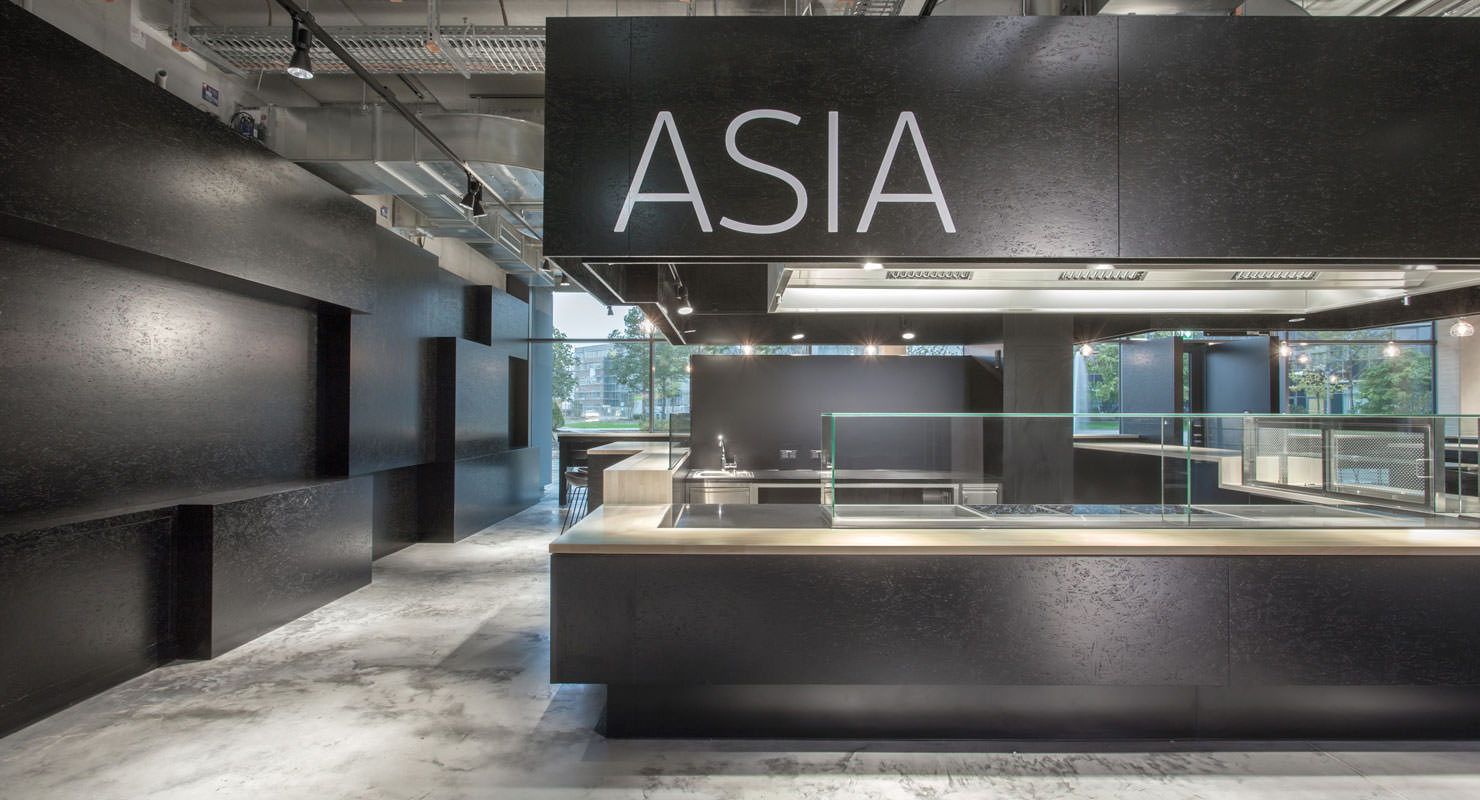 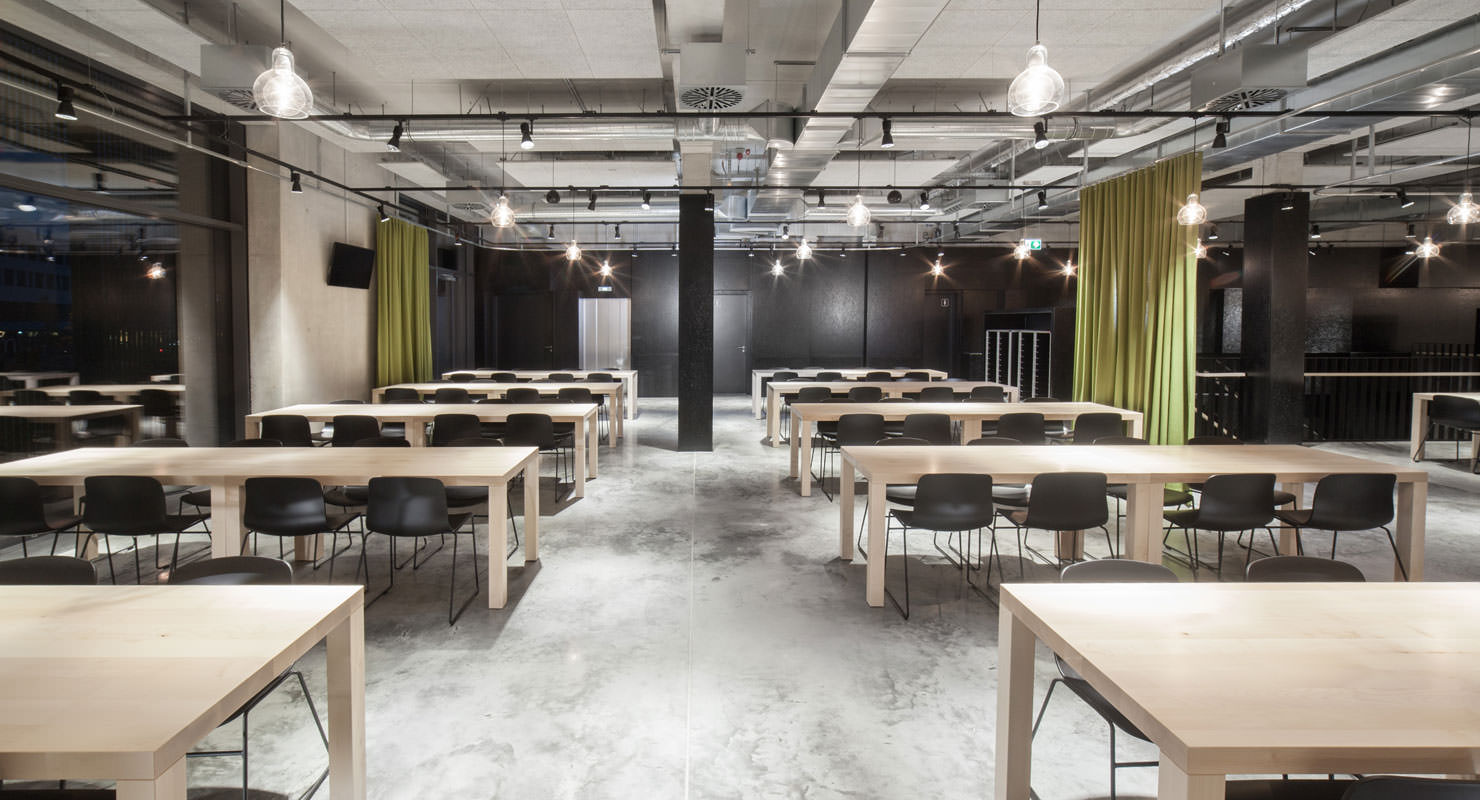 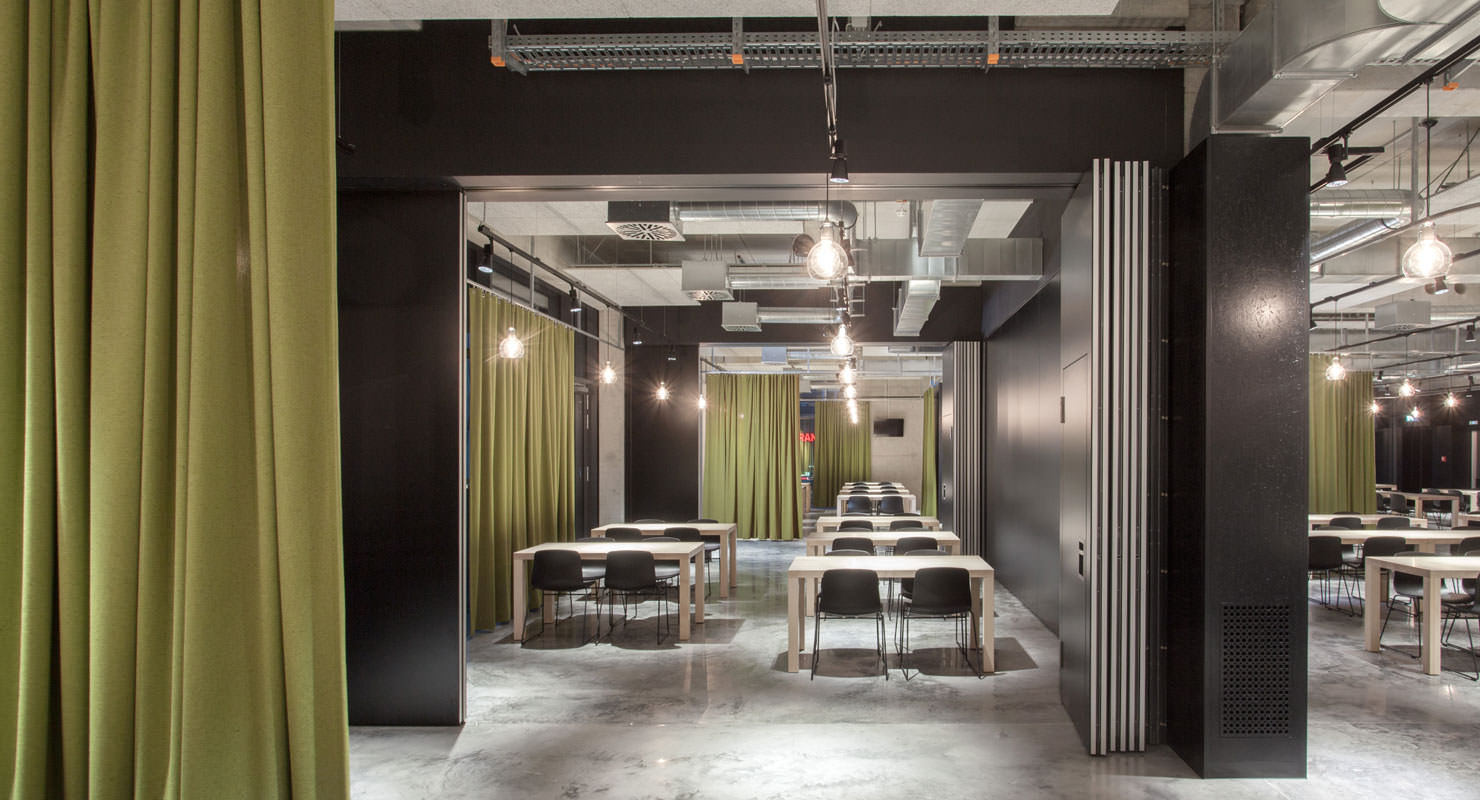 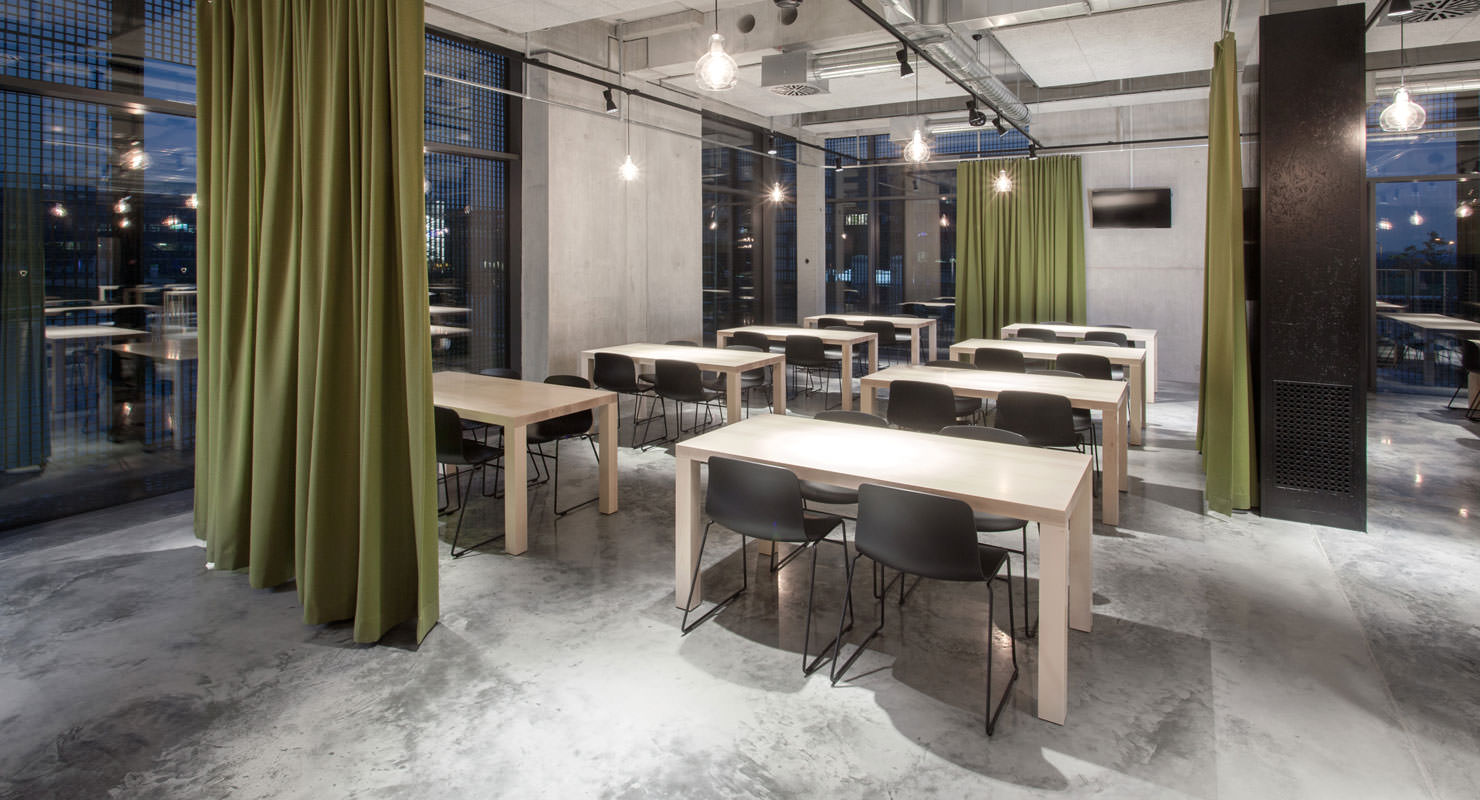 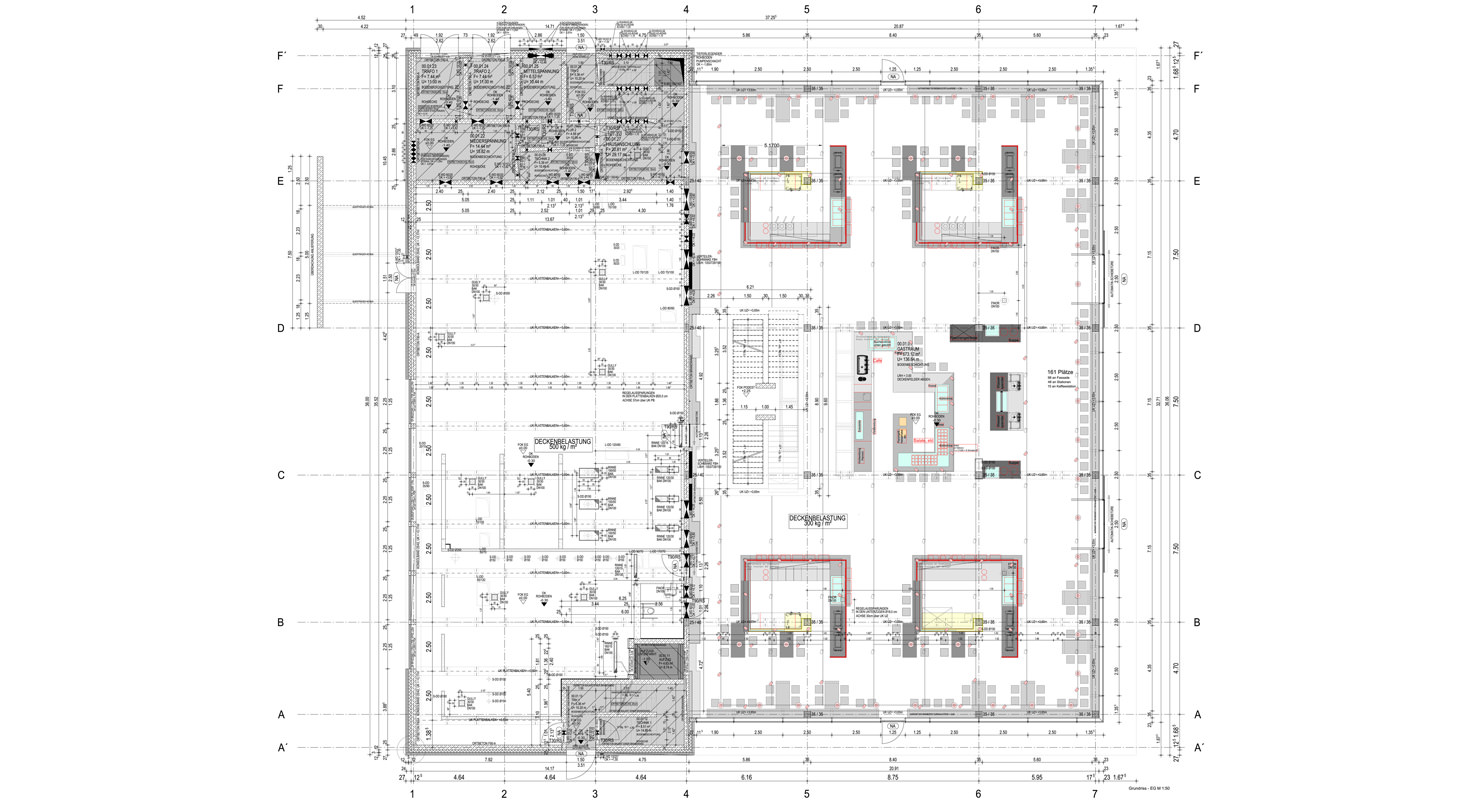 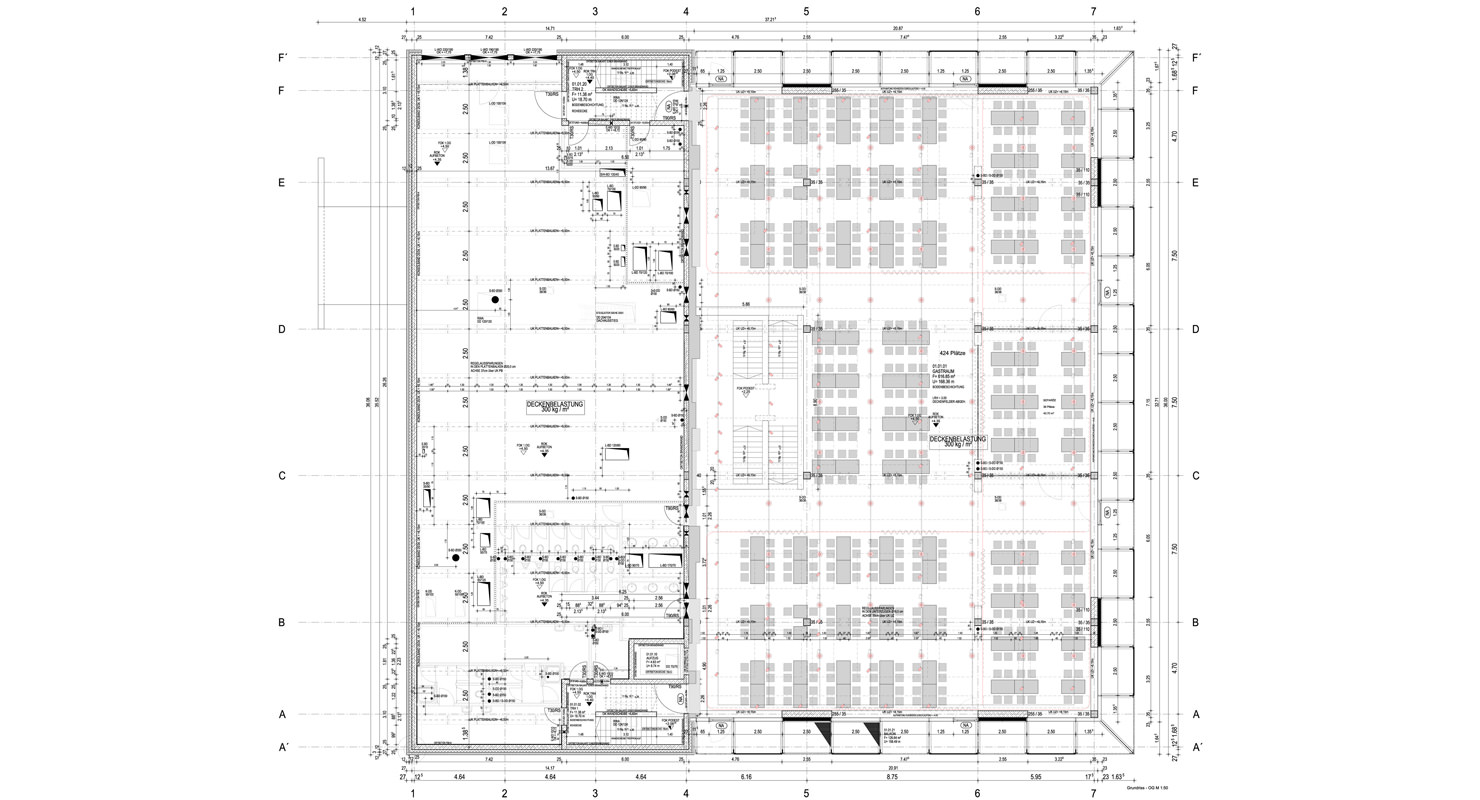 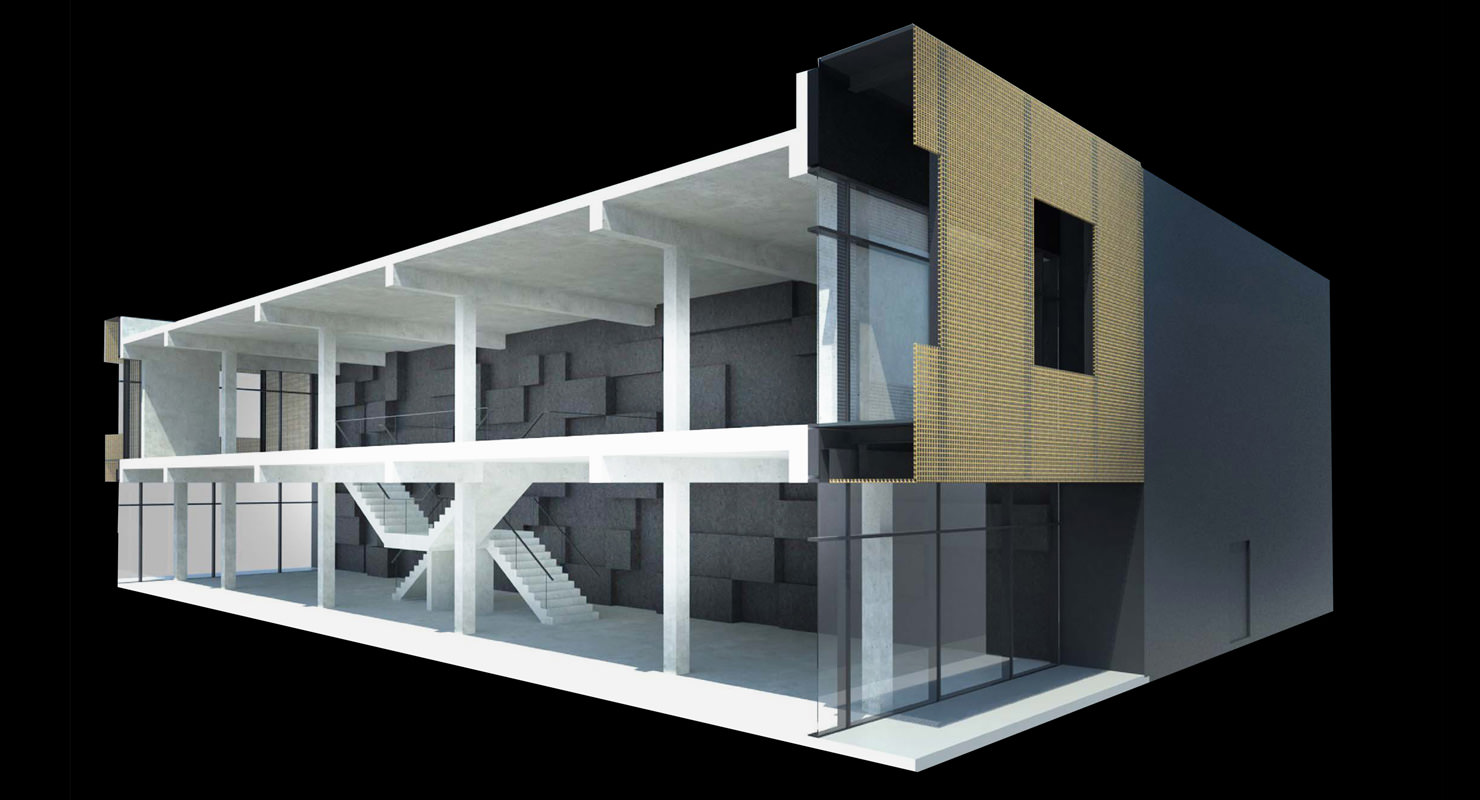 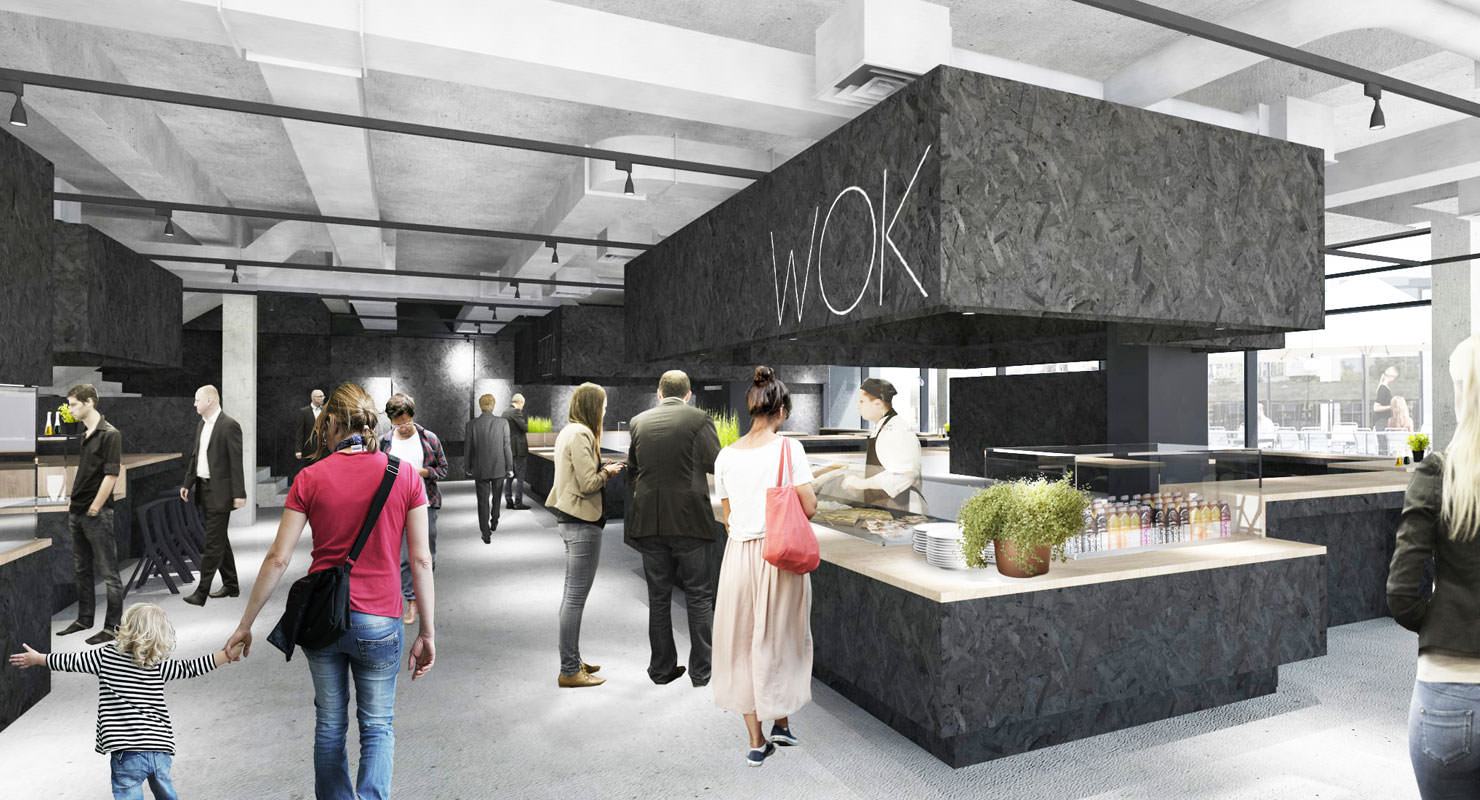 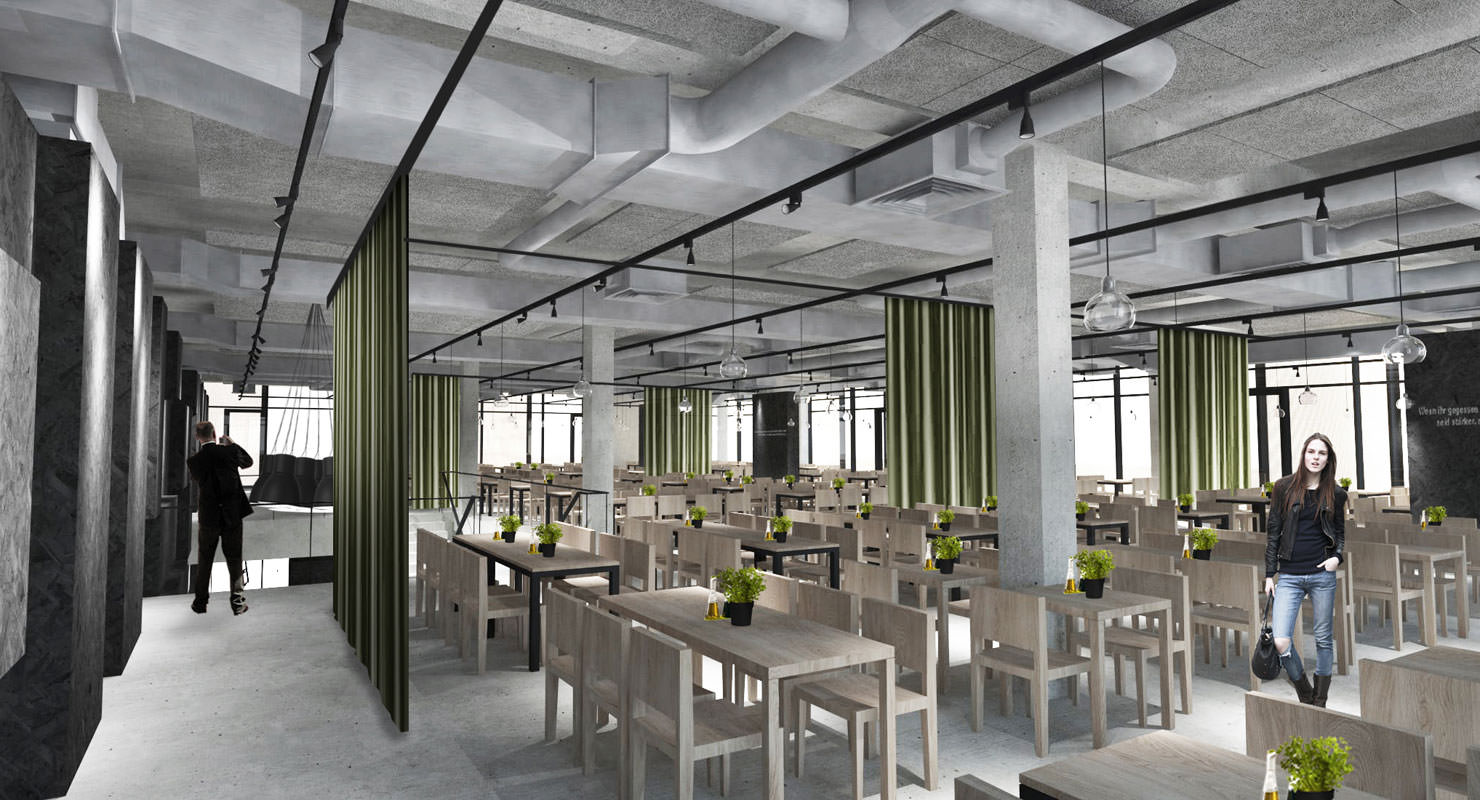 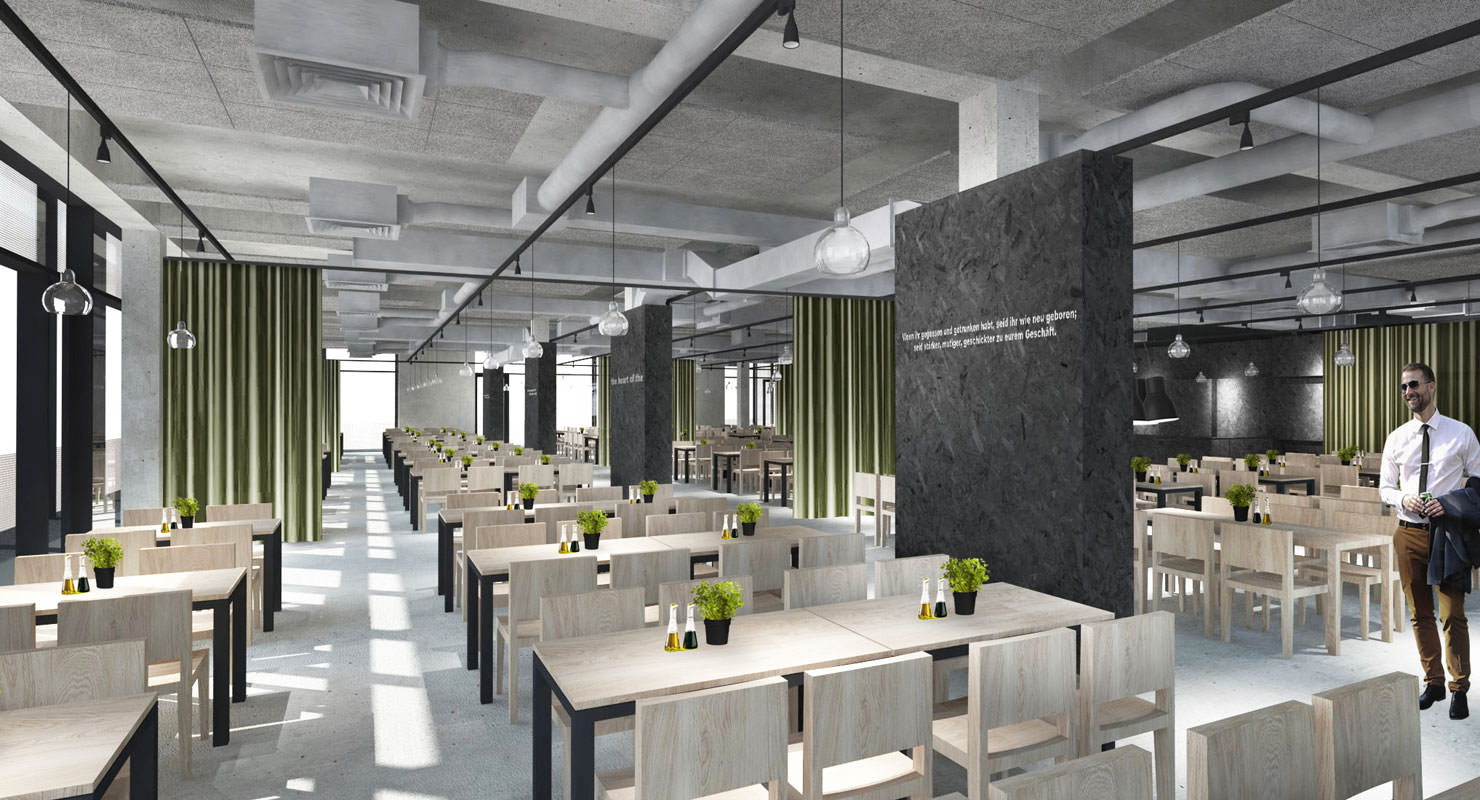 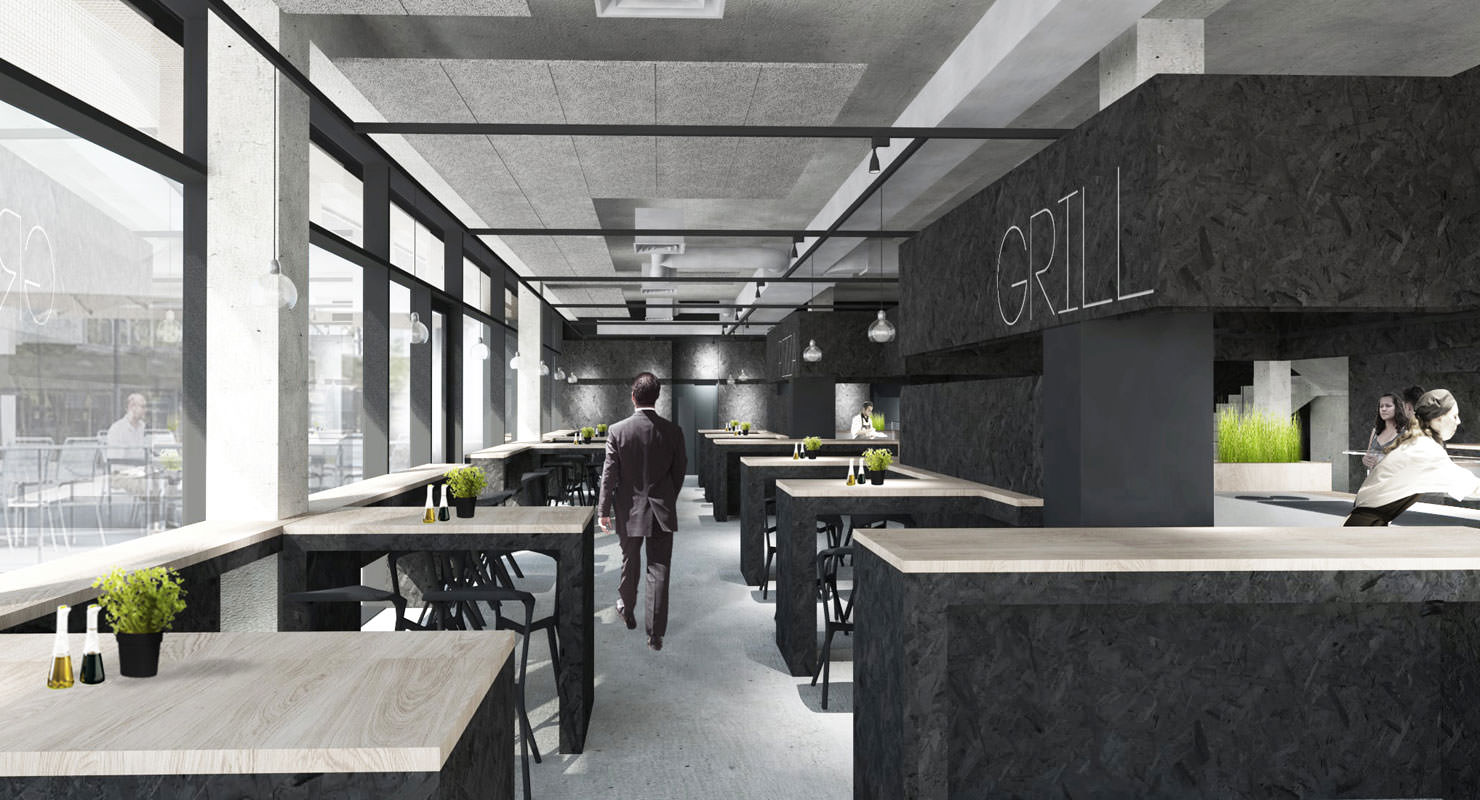 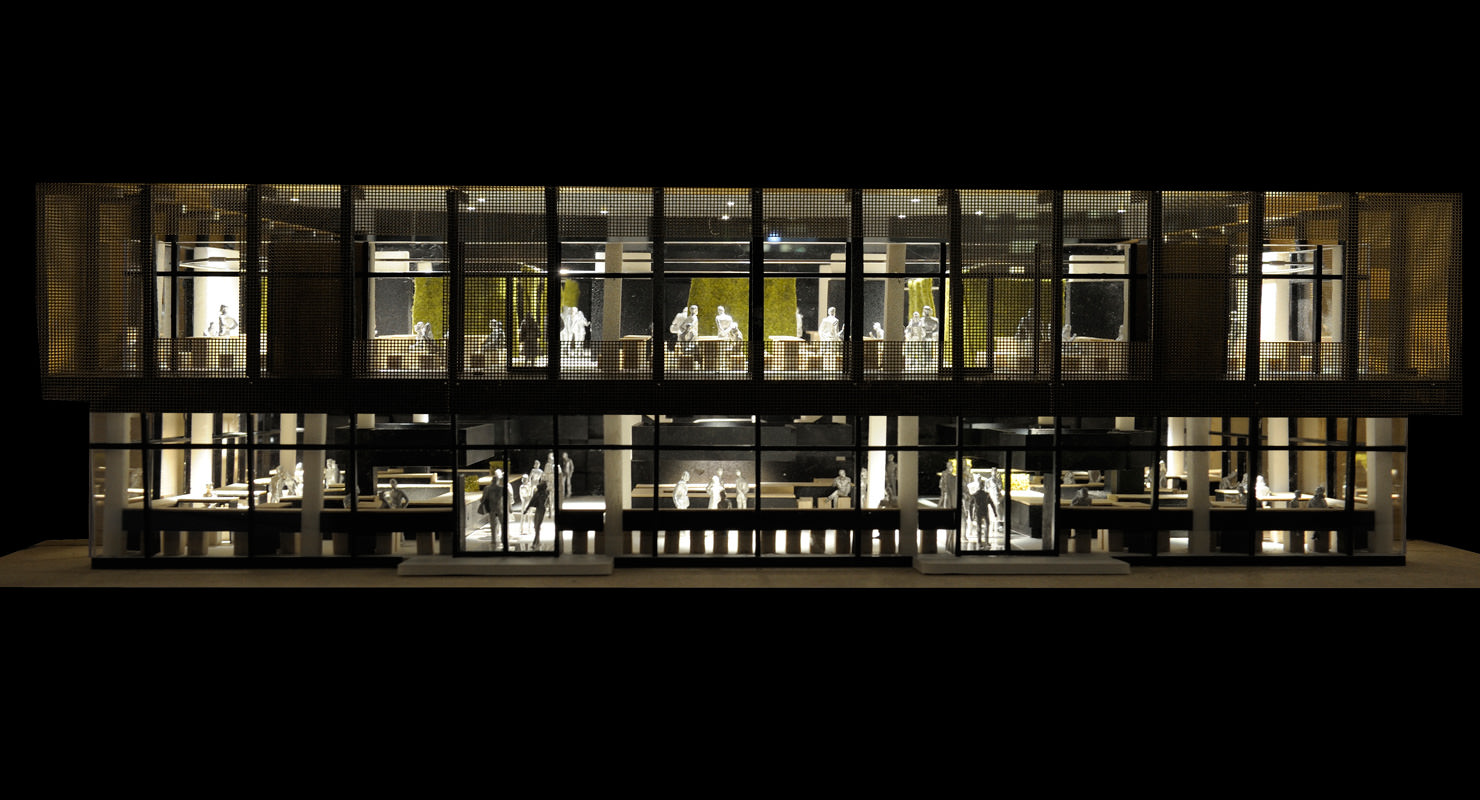 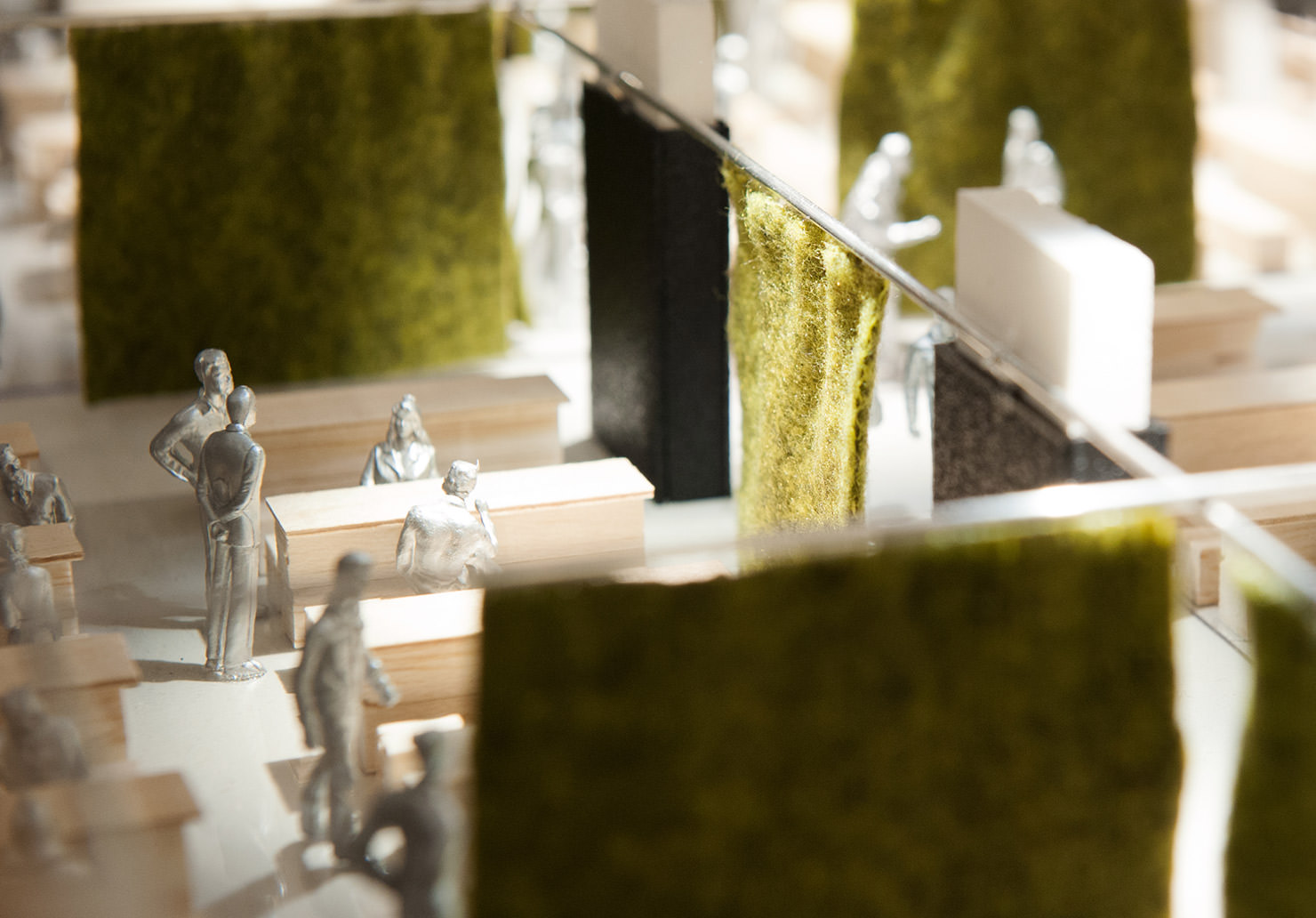 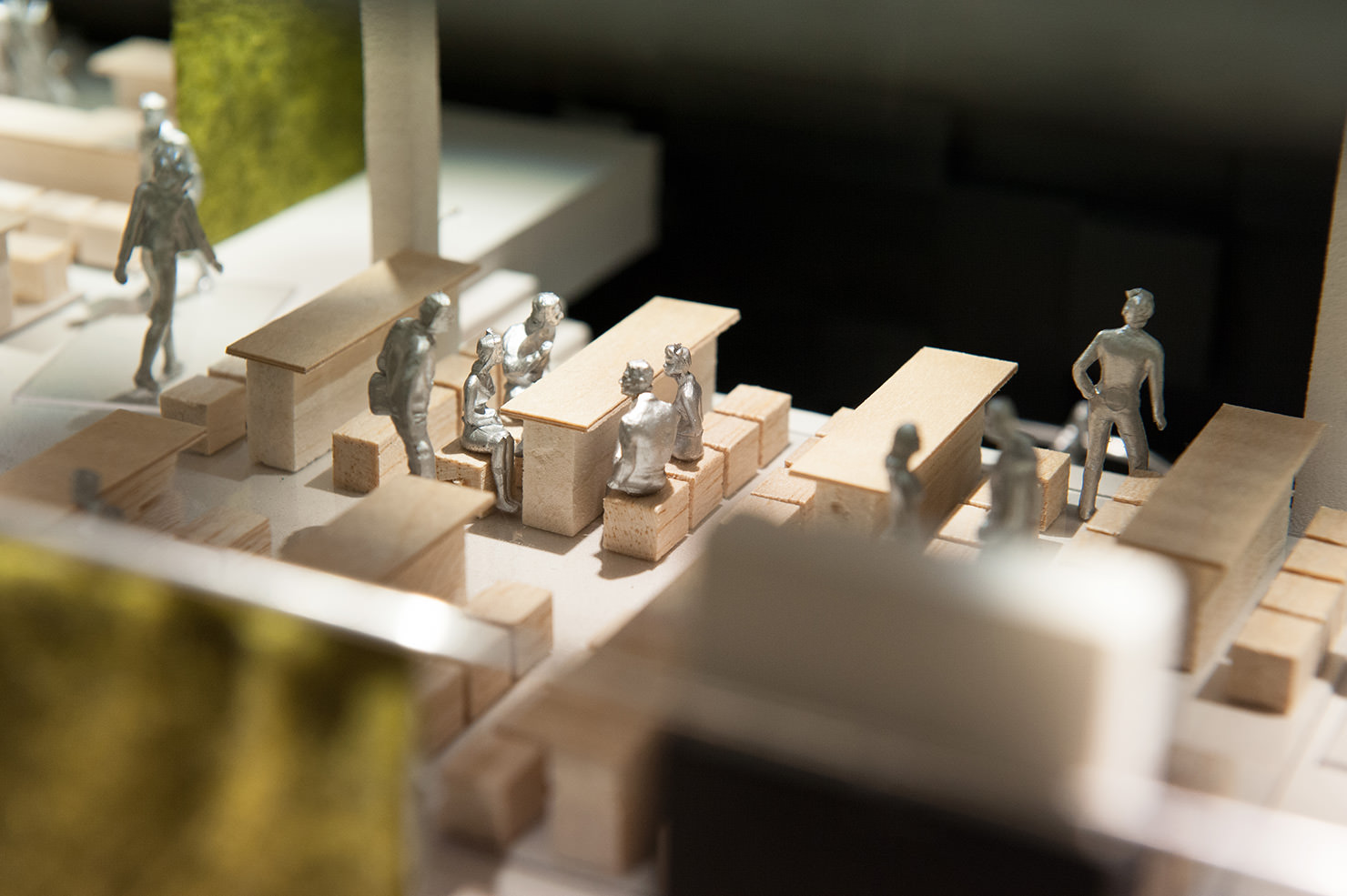 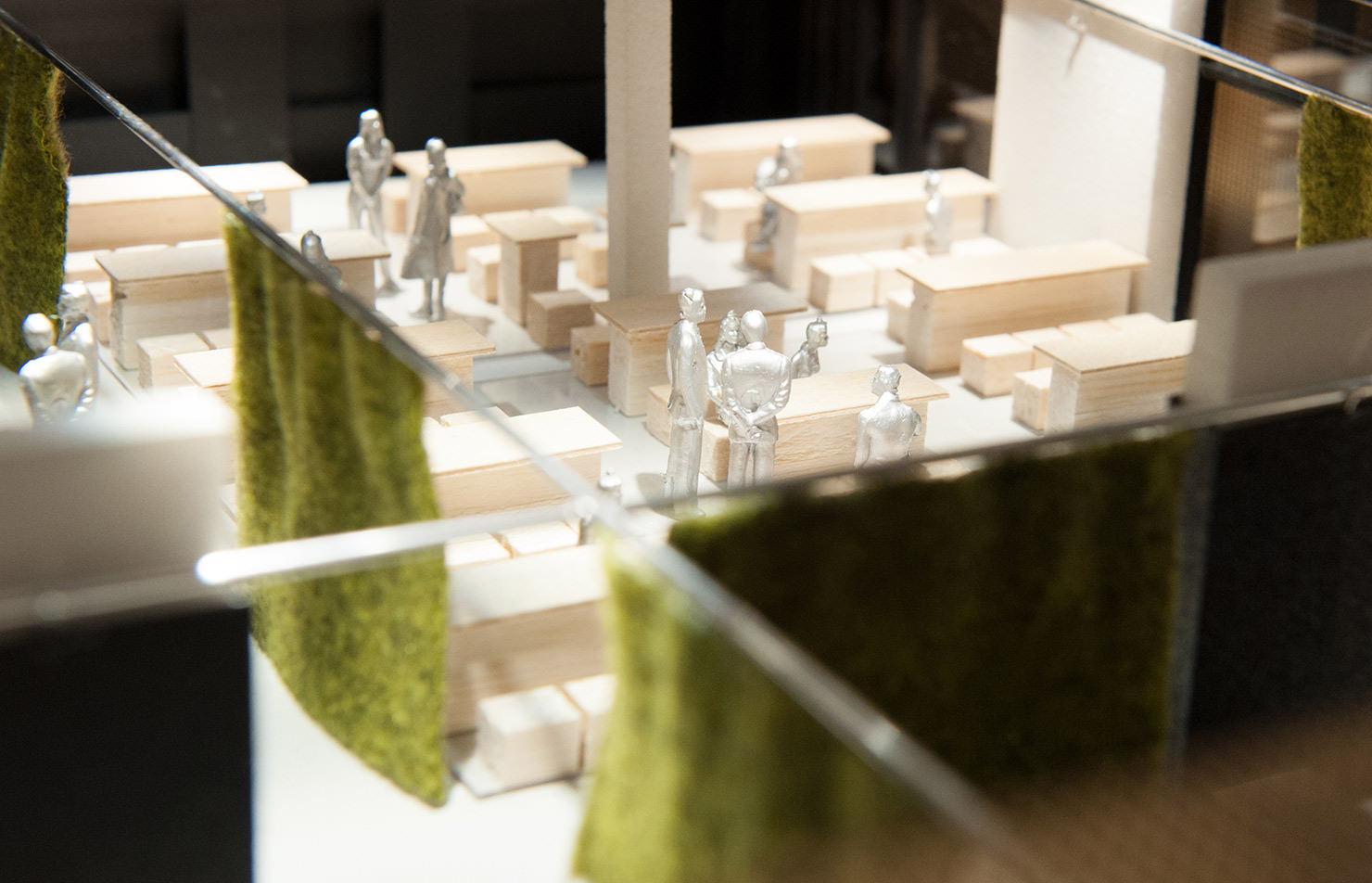 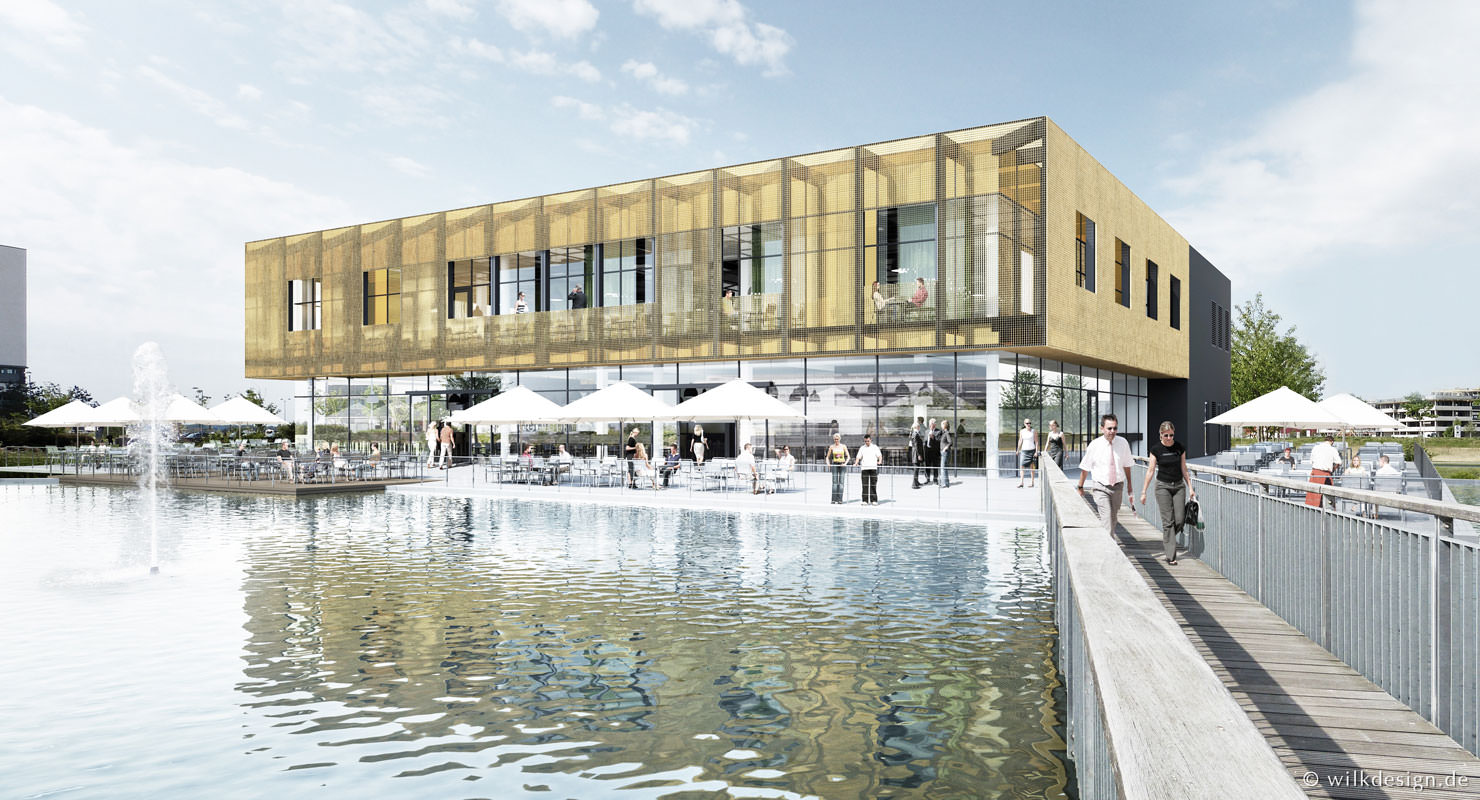 The project includes planning the interior design of a new restaurant on the Business Campus Garching in the north of Munich. The two-storey building contains an open free flow area on the ground floor that resembles a marketplace with individual market stalls. Visitors can sit and eat along the facade as well as directly at the stations. The facade made completely of glass creates a strong visual relationship between the interior and exterior space. The quieter seating area of the restaurant is located on the top floor. Heavy, large curtains divide and give rhythm to the surface as well as continuously creating semi-separate areas. A steel grid is hung in front of the glass facade as sight and sun protection, also lending the area a rather introverted appearance from the outside.