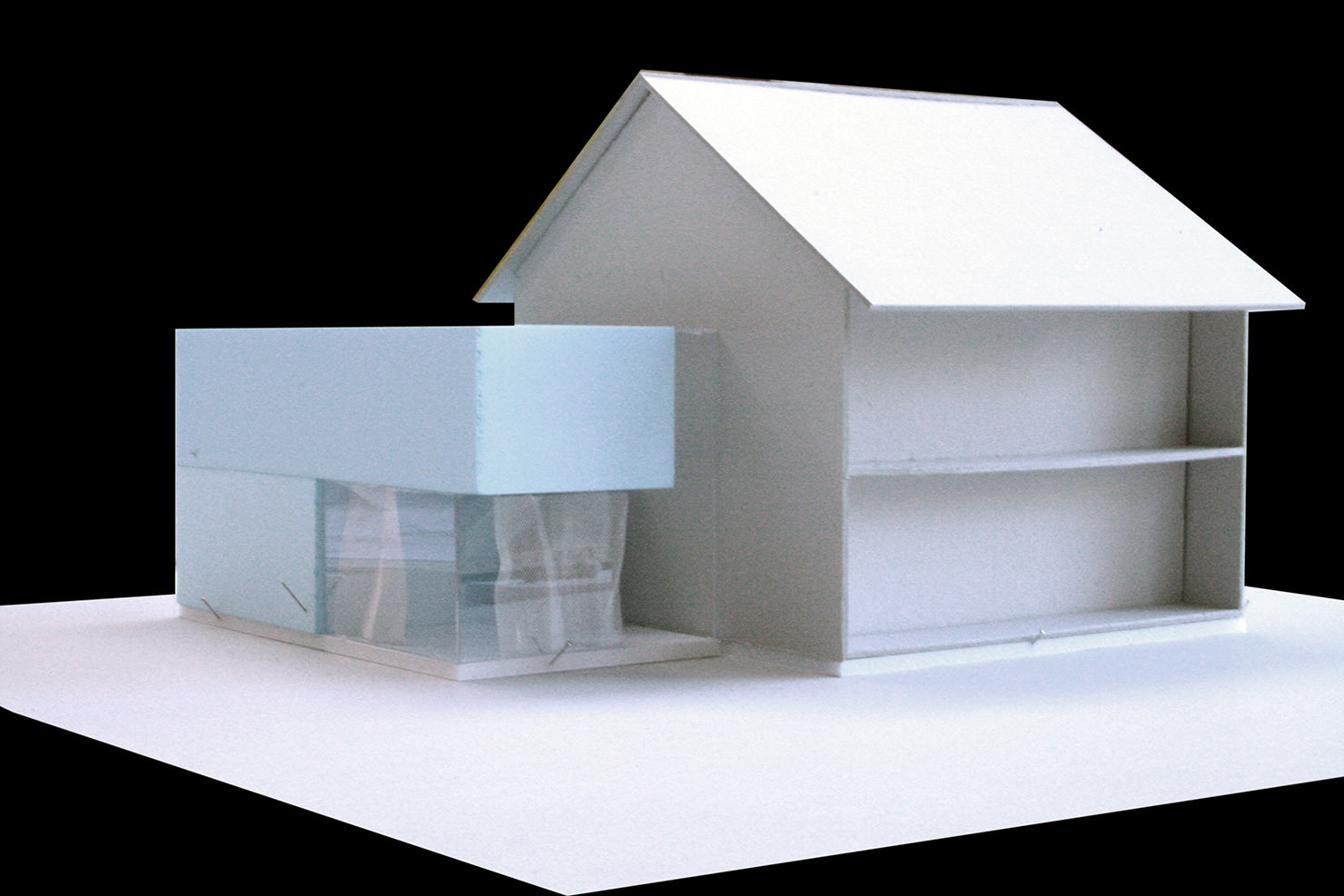 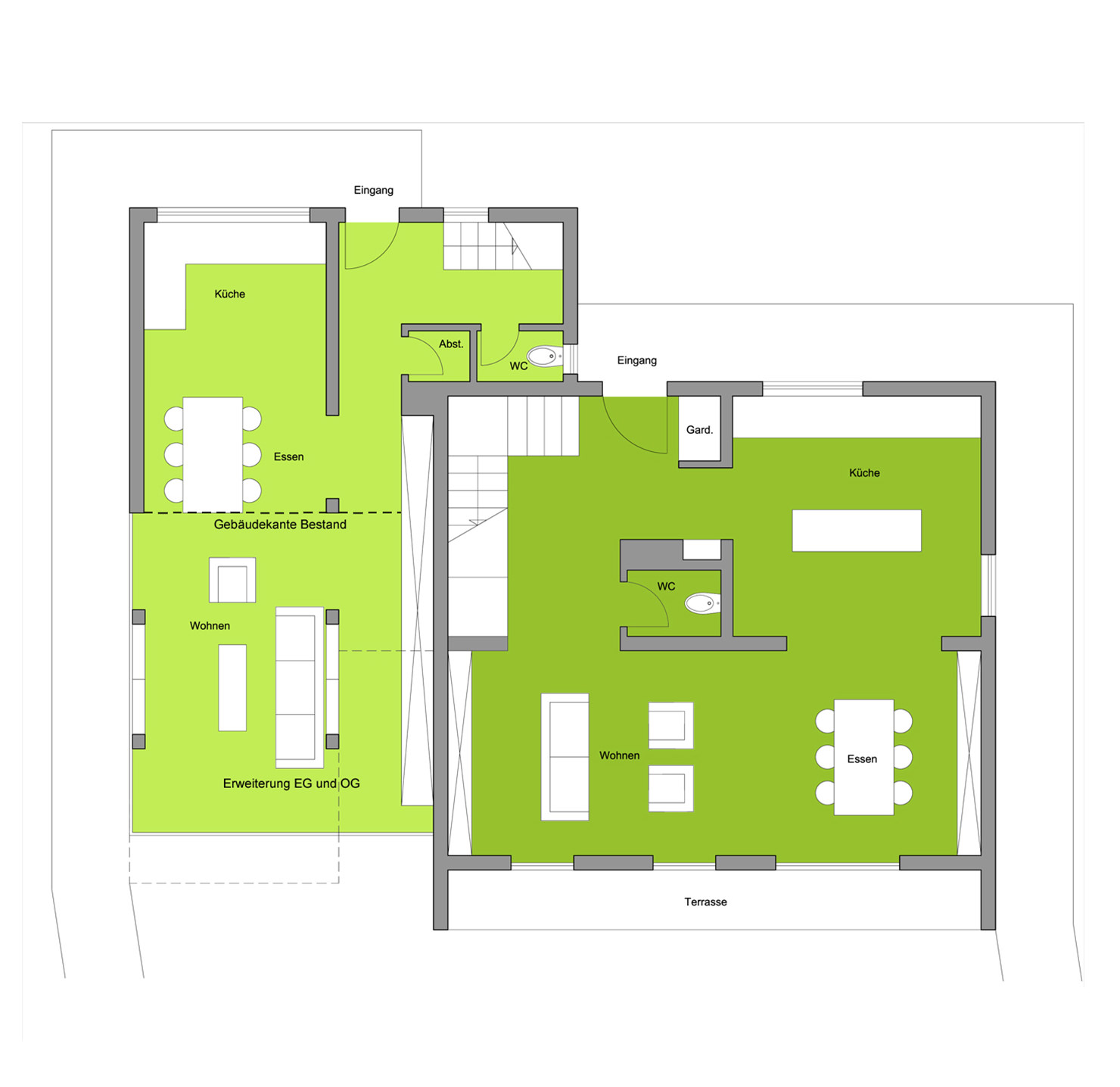 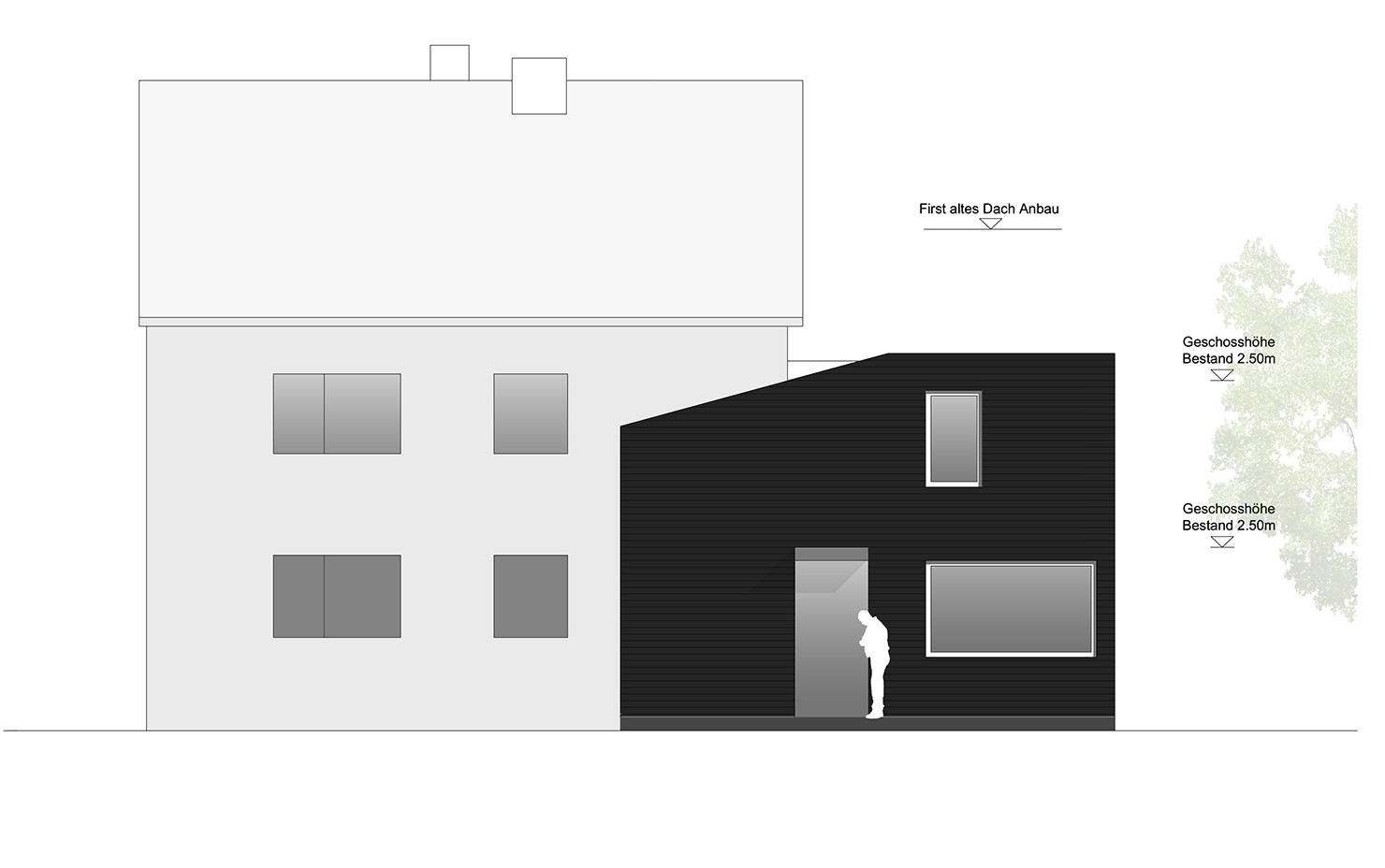 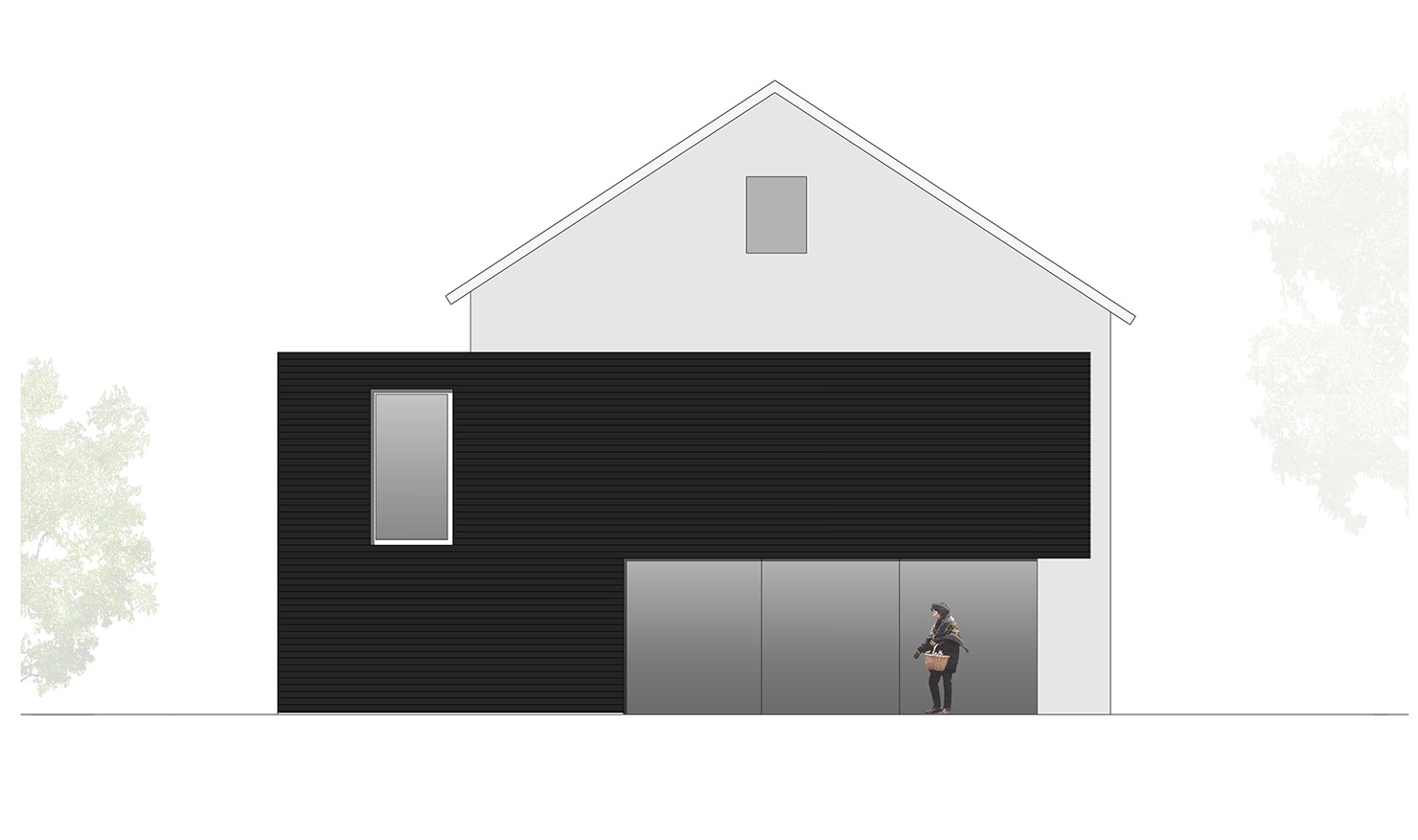 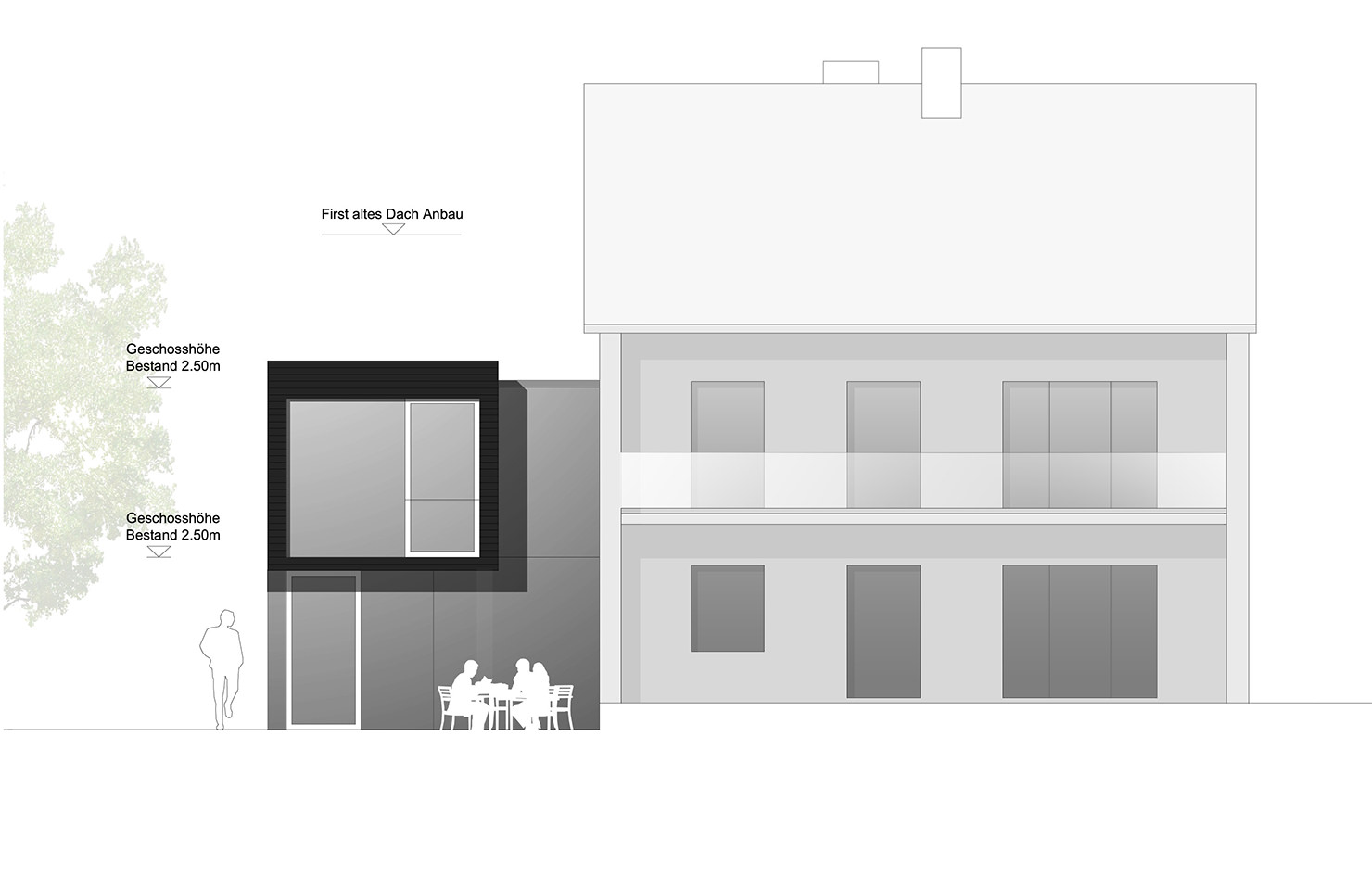 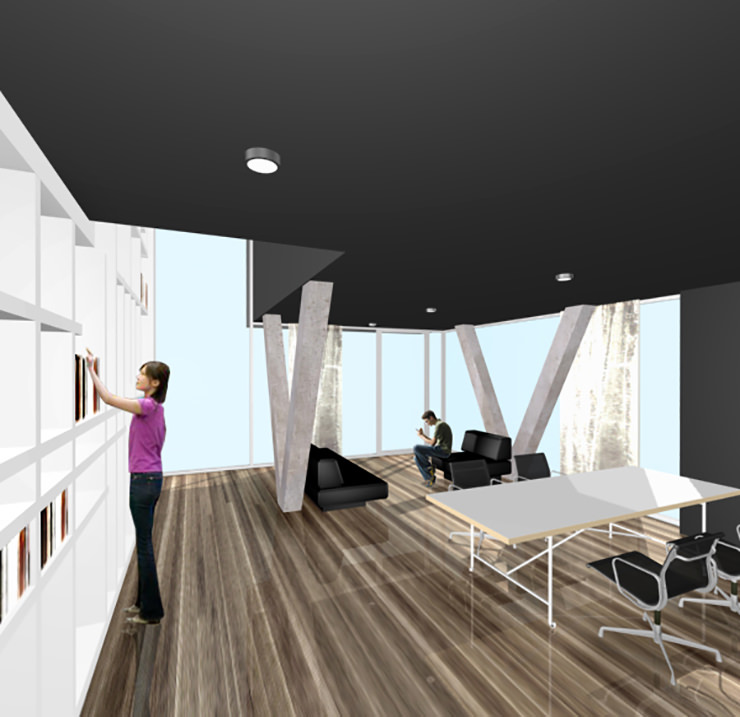 CBA designed the extension of a detached house in Munich Grünwald for a young, local family. The already existing addition to the building is incorporated in its basic structure and extended southwards. A new flat roof replaces the gable roof and provides a clear contrast to the structure. This is enhanced by the dark facade cladding. The addition is initially intended as an independent rental living unit, but will later be connected to the areas of the main house.